LINCOLN, Neb. (AP) — A longtime Democratic activist who spent his life fighting for Native American causes in Nebraska has died.

Frank LaMere's son says the 69-year-old died Sunday after a bout with cancer.

LaMere was known nationally for his decades-long effort to close four beer stores in Whiteclay, Nebraska, that were blamed for alcohol-related problems on the neighboring Pine Ridge Indian Reservation in South Dakota. Regulators shuttered the stores in 2017.

He also was a prominent critic of the Omaha Police Department's handling of Zachary BearHeels, a mentally ill Native American man who died in 2017 after officers punched and shocked him with a Taser.

LaMere served on the Democratic National Committee from 1996 through 2009 and was a delegate for multiple party conventions. He was a member of the American Indian Movement. 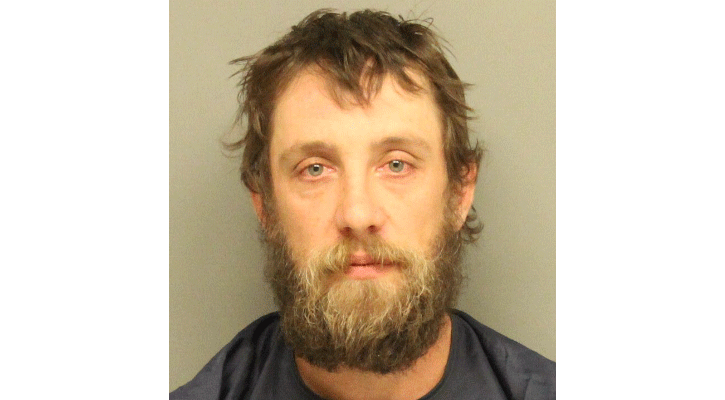 A 35-year-old North Platte man is wanted by police after he fled following a pursuit on Saturday night.

According to police, at around 9:46 p.m., an officer was on patrol in the area of Rodeo Road and Carr Street when they observed a vehicle that was speeding.

The officer reported that when the driver, later identified as Eric White, saw the marked patrol car he began driving in an evasive manner.

Police say White ran a stop sign at the intersection of 14th and Sherman Streets and continued to drive in a reckless manner, reaching speeds of 70 to 80 mph. White reportedly nearly caused several accidents before heading southbound on Buffalo Bill Avenue.

Officer Beth Kerr says an officer was able to spike White's tires near Buffalo Bill and Cedarberry Road. But, Kerr says the spikes did not stop White and he continued to travel southbound and began throwing suspected narcotics out of the window.

White continued to flee until he lost control of the vehicle and crashed into a fence just south of the Interstate 80 overpass on South Buffalo Bill Avenue. According to Officer Kerr, White then fled and ran into an area with dense brush. Law enforcement searched for White, but were unable to locate him.

Officers found suspected methamphetamine in the area where White was reportedly throwing objects out of the window, as well as a sawed off shotgun in the vehicle.

White is wanted for willful reckless driving and flight to avoid arrest. Charges regarding the shotgun and narcotics are still pending.

If you have any information on White's whereabouts, contact the North Platte Police Department or give your tip anonymously through the Lincoln County Crimestoppers.

No injuries were reported in the incident.