Authorities say Lee Wolfe's blood alcohol content was twice the legal limit after he was stopped around 7 p.m. Sunday on U.S. Highway 30 in Central City. An officer pulled him over because of expired license plates.

Central City Police Chief Mark Hogue says Wolfe's son was with him. Wolfe was arrested on suspicion of driving under the influence with a passenger under 16 and for having expired plates.

Wolfe is principal at Shoemaker Elementary in Grand Island. He says in a statement that he feels "terrible about how this reflects upon Shoemaker, Grand Island Public Schools, myself and my family." 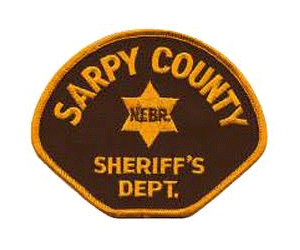 LA PLATTE, Neb. (AP) — Authorities in eastern Nebraska have identified a motorcyclist killed in a four-vehicle crash in Sarpy County.

The Sarpy County Sheriff's Office says the crash happened around 4:30 p.m. Tuesday on the southbound lanes of U.S. Highway 75, a few hundred yards south of U.S. Highway 34, killing 47-year-old Jody Emmert, of Bellevue. Investigators say Emmert was operating a motorcycle that hit a minivan, which triggered a secondary crash between a work van and a pickup truck that were trailing the motorcycle and minivan.