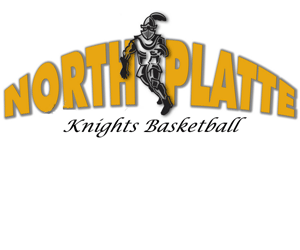 Knights Women ready to take on the season

The weather right now is changing, the leaves are changing, mornings have a briskness to them and nights are coming on quicker. Its a sign of Fall in America, and with it comes a changing of the sports seasons as well.

Without a doubt, the cheers from Friday night lights still dominate the landscape, but if you listen closely you can hear a new sound joining the chorus, the sounds of sneakers squeaking on gym floors.

Basketball is almost back.

For Head Coach Jeff Thurman, its a sound that brings hope and expectations.

That interview was from North Platte Community College's media day, just a scant 2 weeks before practice can officially begin for JUCO basketball. The second year head coach is full of hope and expectations for this year.

That hope and expectation comes from a great returning core of athletes now with extensive playoff experience (including a run to the national championship). They are lead by Sophomore wing player Katie Cox who takes on the captains mantle this season:

Cox is expected to be an integral part of the rotation this year. Along side her there are five returning players from last years team: Dehje Belmore, Treasure McCrimon, Nerea Castellano, Angel Richards and Emily Joseph. Joseph last year was a streaky shooter who came on late in the season and helped lead the team in big wins over Southeast Community College and Central Community College in the Region IX tournament. She put in a lot of work in the offseason:

The core players are surrounded by eight incoming players, seven freshman and one sophomore transfer (Catie Whitehead from Cloud County). The Freshman are from all over the region with four players from Colorado: Viri Escobar (Yuma, Co), Amber Wolever (Snyder, Co), Isa Valenzuela (Westminster, Co) and Mercedes Rodriguez (Holly, Co). Jalyn Reagans hails from Mesquite, TX while the team picks up two local players. Janay Brauer from Sidney, NE and Ashley Hassett from Hershey, NE. Hassett is excited to be playing so close to home:

The Knights this year look to take the region by storm and once again head to the national tournament where they hope to win the first game in franchise history.

To do that they brought in an assistant coach who has been there and done that. Sarafina Handy joins the team from Illinois. Handy has an impressive resume. Handy joins NPCC most recently from the Missouri Western State University women’s basketball program where she served as the team’s director of operations. Prior to joining MWSU, Handy served as the assistant coach for the Illinois Wolves AAU Program.

Along with a NCAA Woman of the Year nomination, Handy was Player of the Year for the women’s basketball program, led her team to their first NCAA tournament appearance and led the MIAA in three-point shooting percentage.

This year for the Knights will be filled with high expectations and constant challenges.

It starts with squeaky sneakers, in early October.