ROSEMONT, Ill. (AP) — Nebraska defensive lineman Khalil Davis has been suspended for the game against Northwestern on Saturday for striking an Ohio State player in violation of the Big Ten’s sportsmanship policy.

The Big Ten announced the suspension on Wednesday and also issued a public reprimand.

The conference said Davis struck an Ohio State player near the 9:18 mark of the first quarter last Saturday. No penalty was called.

Big Ten policy says the conference “expects all contests involving a member institution to be conducted without compromise to any fundamental element of sportsmanship. Such fundamental elements include integrity of the competition, civility toward all, and respect, particularly toward opponents and officials.” 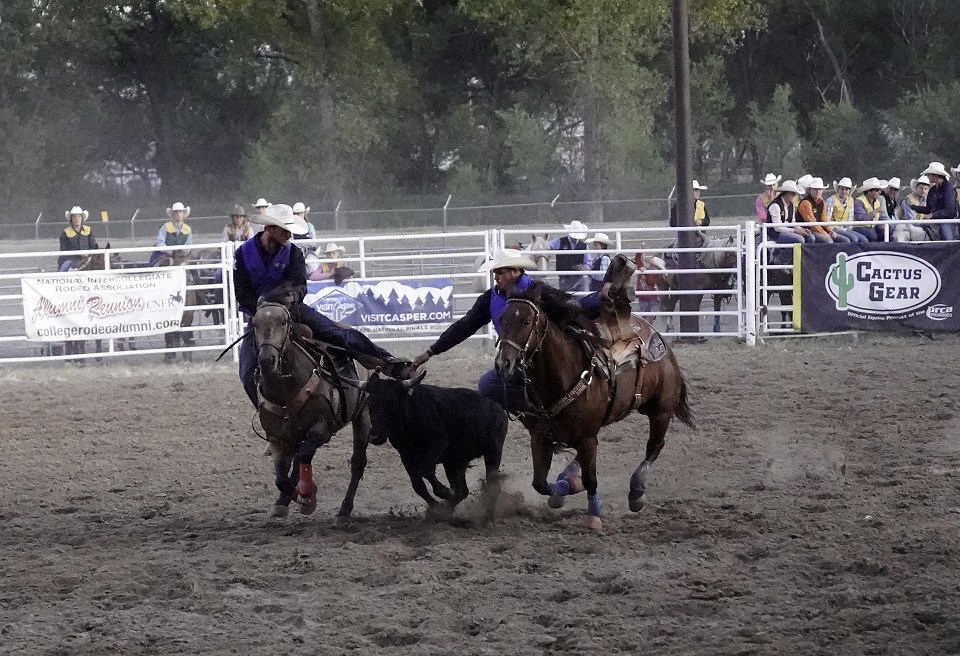 Mid-Plains Community College timed event athletes gave the other contestants a run for their money over the weekend in Fort Dodge, Iowa. The rodeo team competed at the Iowa Central Community College Triton Stampede on Friday and Saturday.

Wynn Schaack, of Wall, S.D., won the steer wrestling for MPCC, and his teammate, Danielle Wray, of Ord, won the team roping.

Twins Wyatt and Chance Williams, also of Ord, placed second in the team roping while Koby Jacobson, of Hershey, and Marshall Still, of Oconto, were fifth.

Sterling Lee, of Rhame, N.D., ended up sixth in the tie down roping.

Overall, MPCC finished third in the women’s team standings, and the men’s team was fourth.

“Danielle has done a great job of heading this year,” said Garrett Nokes, MPCC Rodeo Team timed event coach. “There’s only been one rodeo where she didn’t placed in the heading, and it was the first one. She’s been super solid coming off of winning the region as a freshman, and she’s currently winning the region again.”

Wray’s success in Iowa came even after her second steer stopped as she tried to rope him.

“That would have tripped a lot of folks up,” said Nokes. “She did a phenomenal job of using her head and capitalizing on the situation.”

It was a battle between her and the Williams brothers throughout the rodeo for team roping title. They placed right behind her and have also placed at every rodeo they’ve competed at this year.

“It’s been awesome watching that,” said Nokes. “We took one to the national finals last year and had to leave one at home. I don’t think that’s going to be a problem this year.”

Nokes is also impressed with the way Schaack has been performing.

“I can’t say enough good things about Wynn,” Nokes said. “He’s handled himself well – especially coming in here as a freshman. With 599 points, he’s our top point getter this year. He’s done well at every rodeo and really used his head for us. I expect a lot of good things from him over the next couple of years.”

Next up the team will compete at the Iowa State University rodeo in Ames, Iowa Oct. 18-19.