Knuckles averaged 5.00 digs per set in No. 8 Nebraska's wins against Rutgers and No. 7 Penn State over the weekend. She posted a career-high 24 digs in the five-set win over the Nittany Lions, as the Huskers held Penn State to a .166 hitting percentage, its lowest mark in a Big Ten match this season.

Knuckles also had 16 digs against Rutgers, as NU held the Scarlet Knights to a .099 hitting percentage.

The Yorktown, Indiana native picked up her first career Big Ten Defensive Player of the Week honor. Earlier this season she was honored as the Big Ten Freshman of the Week. 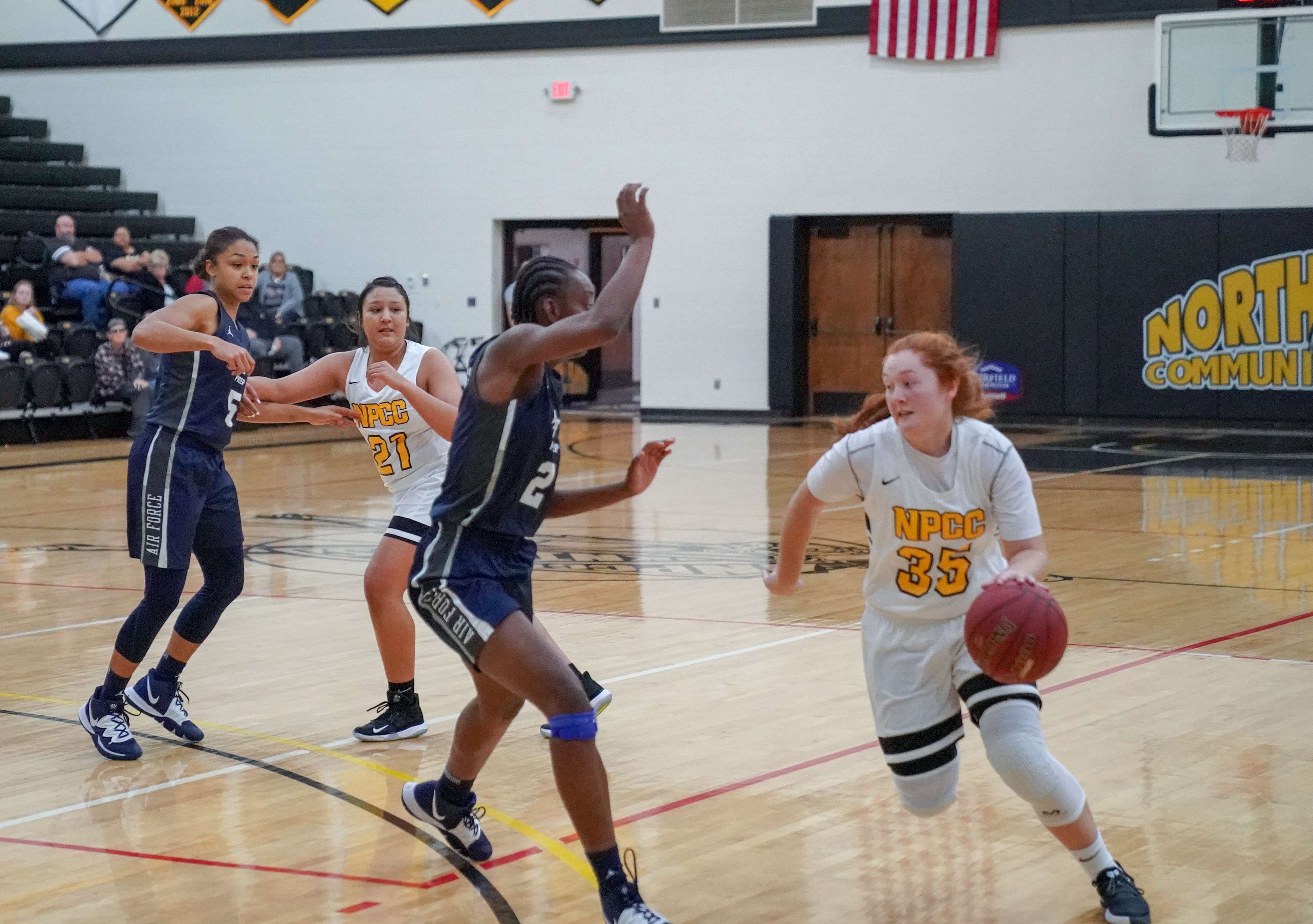 The North Platte Community College Knights Women’s Basketball Team is 1-1 on overall season record after competing in two days of Hampton Inn Classic competition in the McDonald-Belton Gymnasium. NPCC faced off against Air Force Prep on Saturday, Nov. 2 with a final score of 58-66.

“I thought we played really well for the most part today versus a well-coached team. We still need to take care of the ball, but that will come with time. Once we get more games under our belt and we become more familiar with each other, things will start to improve offensively. This weekend was a great opportunity and learning experience for our program and our student athletes,” said NPCC head coach Jeff Thurman.

The Knights next compete against York College Junior Varsity on Tuesday, Nov. 5 at 5 p.m. in the McDonald-Belton Gymnasium and NPCC will be looking to build on the experience gained in the Hampton Inn Classic.

“Now we just build from here and look forward to competing against York College Junior Varsity. Lastly, I want to say thank you to the Hampton Inn by Hilton for sponsoring our classic here at North Platte Community College,” said Thurman.

More coverage can be found on the NPCC Facebook page at facebook.com/MPCCNorthPlatte/. More information about the Knights Women’s Basketball Team is available at npccknights.com/.