Officers searching for man after boat capsizes on Sherman Reservoir

Nebraska Game and Parks Commission conservation officers are searching for a man who fell out of a boat on Sherman County Reservoir on Nov. 8.

Two men on a duck hunt were traveling across the lake in a boat when it capsized, throwing both into the water. One man swam to a nearby cabin and called for help. Officers are searching for the other man, whose named has not been released, pending notification of family.

An investigation of the incident is ongoing. 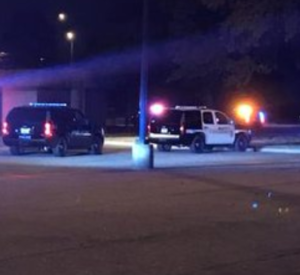 SEDGWICK COUNTY — Law enforcement authorities are investigating a fatal shooting and have identified the victim.

Just after 6p.m. Wednesday, police responded to report of a shooting in the 1400 Block of North Ohio Street in Wichita, according to Captain Brent Allred. At the scene, police located a 15-year-old later identified as Marion Wheaton who had been shot in his upper body. EMS transported him to a local hospital where he died.

Investigators have learned that Wheaton and two teenage friends walked to the area to meet with a 15-year-old boy and other unknown individuals to fight over an ongoing dispute that involved social media, according to Allred.

As Wheaton and his friends walked in the area, they were approached by a vehicle. A 15-year-old boy and unknown individuals exited the vehicle and shots were fired striking Wheaton.

This was not a random incident, according to Allred and police know some of the teens were involved in gang activity. Police know that there were basketball practices going on in the area and hope that those individuals will come forward with information. Authorities have not located the suspect vehicle and have not released details on the vehicle. Police have not reported an arrest.