Pair of NPHS Students moving on

On November 14th a pair of Senior Bulldogs signed their letters of intent to move on to the next level and play collegiate athletics. Congratulations to Kelsey Salazar-Allen and Elliott Purdy!

Kelsey Salazar-Allen will head to Nebraska Wesleyan University to play Volleyball. Here is her talking about the opportunity at her signing day:

The other Bulldog moving on was Football and Track stand out Elliott Purdy. Purdy will be headed to the University of Nebraska Lincoln to compete in shot put and the hammer throw. Here he is: 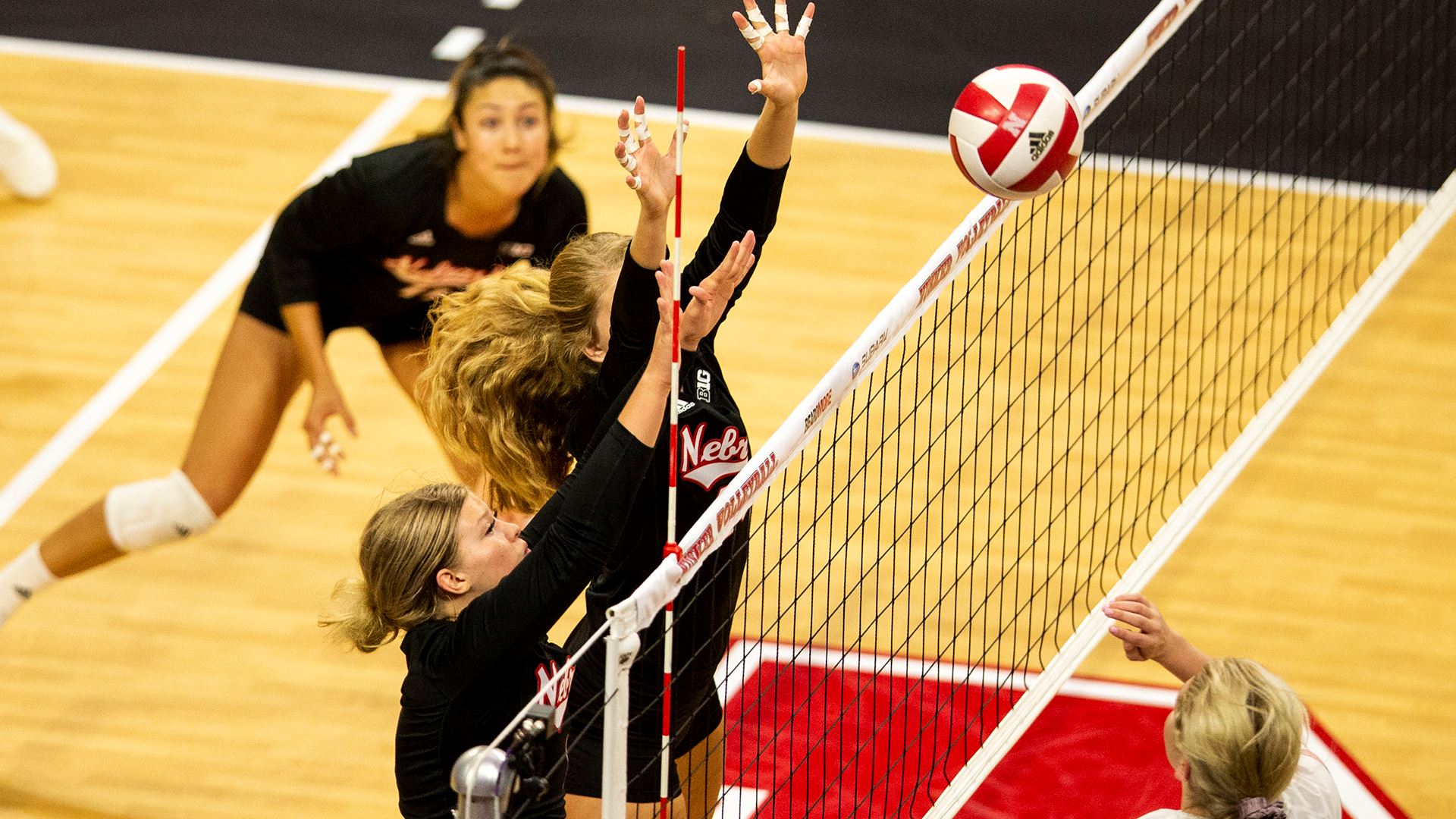 EAST LANSING, Mich. - The No. 6 Nebraska volleyball team posted its first-ever sweep at Michigan State's Jenison Field House with a 25-20, 25-18, 25-23 win over the Spartans on Wednesday night.

Nicklin Hames had 34 assists, 13 digs and a season-high four kills. Callie Schwarzenbach chipped in five kills on .444 hitting and a match-high six blocks.

Nebraska held advantages in most of the major statistical categories, including kills (46-37), digs (51-42) and blocks (7-3). Aces were even at three apiece, though the Huskers committed two fewer errors than Michigan State.

The Huskers are back at the Devaney Center on Saturday to host Iowa at 7 p.m. The match will be televised on NET, streamed on FoxSports and can be heard on the Husker Sports Network.

Set 1: The teams traded points throughout the beginning of the set, and Michigan State was the first team to score consecutive points when a kill and a block put the Spartans up 9-8. Kubik's fourth kill and a Spartan hitting error made it 10-9 Huskers, but MSU answered with a 4-0 run to take a 13-10 lead and force a Husker timeout. The Spartans led 15-11, but a pair of errors and a kill by Hames helped NU get within 16-14. Kills by Sun and Kubik, and a block by Schwarzenbach and Sweet put the Huskers back on top, 19-18. The run continued with two more MSU hitting errors and a kill by Sweet, and the Huskers led 22-18 after the 7-0 run served by Sun. An ace by Knuckles and kills by Kubik and Stivrins closed out the set, 25-20.

Set 2: Nebraska built a 7-4 lead with seven kills, three of which came from Kubik. After Michigan State got within 8-7, Sun terminated a kill before Schwarzenbach stuffed an attack on her own, and then the duo combined for back-to-back blocks as the Huskers took a 13-7 lead. They each tacked on another kill before teaming up for a block that made it 20-12, and two more kills each by Sun and Stivrins and one by Kubik helped the Huskers finish a 25-18 win. NU hit .353 in set two and held Michigan State to .093 hitting.

Set 3: A 4-1 Husker run broke a 3-3 tie and gave NU a 7-4 edge. Sweet started it with a kill, and Megan Miller served an ace. Nebraska led 11-8 after a Schwarzenbach kill, but Michigan State went on an 8-2 run to take a 16-13 lead. Stivrins sided out for the Huskers, and Kubik followed with her 13th kill to cut it to 16-15. After Emma Monks terminated for Michigan State, Kubik and Stivrins answered with kills to tie the score at 17-17, and Sun and Kubik recorded three straight kills for a 20-18 lead. MSU came back to tie the set at 23-23, but a service error gave Nebraska match point, and NU won 25-23 after a Spartan attacking error.