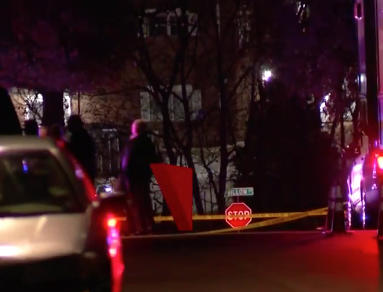 Police on the scene of the shooting investigation photo courtesy KCTV

Police said that the shooting happened just after midnight Monday in Olathe. Police say officers were conducting a follow up on a previous home burglary in which handguns were taken when they spotted two people who were armed. The post says the situation “escalated,” and officers fired their guns.

The wounded teen was taken to a hospital for treatment. Police arrested the second person. The shooting is under investigation. No other details were immediately released, including the name of the wounded teen or what he was doing before he was shot.