Man gets life in prison in stabbing death of Lincoln woman 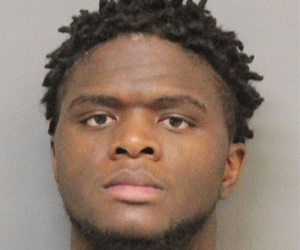 LINCOLN, Neb. (AP) — A Lincoln man has been sentenced to life in prison for the New Year’s Eve stabbing death of a woman.

The Lincoln Journal Star reports applause erupted after 22-year-old Neland Gray Jr. was sentenced Tuesday for second-degree murder. He also received a 25-to-35-year sentence for using a weapon in the crime.

Prosecutors say Gray fatally stabbed 21-year-old Dijah Ybarra in his car on Dec. 31. She was found bloody and unresponsive in a Lincoln driveway with stab wounds all over her body. She died a short time later at a hospital. She was the mother of Gray’s two young sons.

Gray had previously been convicted of assaulting Ybarra in December 2017, and served several months in jail before being released in August 2018.