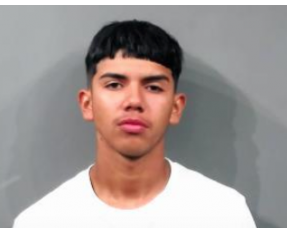 SEDGWICK COUNTY— A Kansas teen accused in a fatal drive-by gang shooting made his first court appearance Monday, according to the Sedgwick County District attorney's office.

Eduardo Gallardo, 18, and Jesus Alvarez-Medina, 20, were charged Friday with first-degree murder, criminal discharge of a firearm and aggravated assault for the August shooting death of 17-year-old Ramiro Valdez.

Just after 2:30 a.m. August 4, police responded to a shooting call in the 900 block of East Central in Wichita, according to officer Charley Davidson. At the scene, police located a a 2003 blue Chevy Silverado driven by Valdez.

He had sustained a gunshot wound and was transported to an area hospital where he died, according to Davidson. There were two other teenagers in the truck who were not injured.

The investigation has revealed the Silverado was eastbound on Central and was followed by a black pickup truck driven by 18-year-old Eduardo Gallardo.

A suspect from the black truck fired multiple times at the Silverado, striking Valdez. Gallardo is one of three charged in the murder.

Gallardo was arrested the day of the shooting but had been out of jail. Police arrested him again Saturday, according to the Sedgwick County booking report. He is jailed on $500,000 bond. Police have not arrested Alvarez-Medina.

This incident was not random and is in reference to an ongoing gang feud, according to officer Charley Davidson.