LINCOLN, Neb. (AP) — A Lincoln man accused of possessing and sharing child pornography has been imprisoned.

Prosecutors say 60-year-old Jeffrey Ehlers was given seven years behind bars at his sentencing Wednesday in U.S. District Court in Lincoln. He also is required to serve 12 years of supervised release after leaving custody and register as a sex offender. 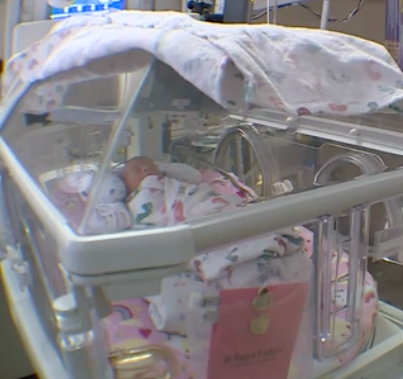 KANSAS CITY (AP) — Saint Luke’s hospital is caring for 12 sets of twins this week in its neonatal intensive care unit.

All of the twins were born between five and 14 weeks early. The hospital says staffing has been a challenge.

Twelve sets of twins is a record at the hospital.

Nurse Danielle Gathers says they always see multiples in the unit, but not 12 sets at one time.

The babies will spend Thanksgiving at the hospital.

New mother Amanda Tollifer says her twins, Kara and Isaac, were born eight weeks early. She says she had no idea having twins right now was “such the ‘in’ thing.”