Augie worked on construction crews that built the interstate before hiring on the Union Pacific Railroad in the Maintenance of Way Department, retiring in 1996.

Augie loved Mexican music and playing the accordion in his band and dancing, especially with his sister, Lupe, doing the Mexican hat dance.  He enjoyed playing pool and was a good player.  He loved his family, spending time with them, and will be especially remembered for taking family rides.  He liked to fish and was an avid Husker fan.  He is a Gold Star Father to Master Sgt. Linda Tarango Griess.

Online condolences may be shared at www.adamsswanson.com. 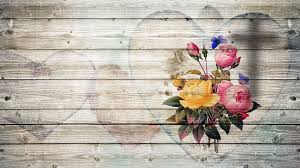 Julaine was born on April 12, 2019 to Earl and Sophia Anna (Blum) Foster at Harvard, Nebraska.  Her family moved to North Platte when she was 7 years old and she went on to graduated from North Platte High School in 1946.

On November 2, 1947, Julaine was united in marriage to Marlyn LeRoy 'Marty' Thomsen in North Platte.  The couple was married for just over 50 years when Marty passed away in 1997.

Along with caring for her family, Julaine worked for Social Security starting in 1962 and retiring in 1987 after 26 years of service.  She was a member of First Christian Church, Moose and Eagle Auxiliaries, and the Newcomers Club.  Julaine liked playing cards and was in several different bridge and card clubs.  She also enjoyed helping others by being a volunteer at the hospital gift shop and the Lincoln County Historical Museum.  Julaine never met a stranger and was a friend to all.

Along with her husband, Marty, Julaine was preceded in death by their youngest son, Tim; her parents, Earl and Sophia Foster; her brother, Vaughn Foster; and a sister, Dorthy 'Dotte' Anderson.

Funeral Service will be at 11:00 a.m. on Saturday, December 21, 2019 at Odean Colonial Chapel at C & Sycamore in North Platte with Pastor Clint Walker officiating.  Burial will follow in Floral Lawns Memorial Gardens in North Platte.  Visitation will be on Friday, December 20, 2019 from 9:00 a.m. to 7:00 p.m. at Odean Colonial Chapel at C & Sycamore, which is in charge of arrangements.  In lieu of flowers, the family has established a memorial.