Jerry graduated from St. Patrick’s High School in 1979.  After graduation he travelled all over the country working various jobs.  He ended up settling in Ogallala and married Mary Dale on June 29, 1993.  To this union, three daughters were born, Sandra, Samantha, and Catherine.

The Family lived in North Platte where Jerry worked at Best Linen (now known as Ideal Linen), North Platte Rec Center, Telegraph, Kwik Stop in Ogallala and North Platte, and Cabelas.  He was a member of the Fraternal Order of the Eagles.  Family was the center of his life; he adored his children and especially his grandchildren.  He loved fishing and camping and feeding the squirrels and birds.

Jerry was preceded in death by his parents; sister Catherine Lynn Kwiatkowski; and best friends Jim Grabowski and Darin Crosier.

Memorials are suggested in his memory and online condolences may be shared at www.adamsswanson.com.

Mass of Christian Burial will be 11:00 A.M., December 28, 2019 at St. Patrick’s Catholic Church with the Reverend Richard Piontkowski officiating.  Those wishing to sign the register book may do so 9:00-5:00, December 27, 2019 at Adams & Swanson Funeral Home which is in charge of arrangements. 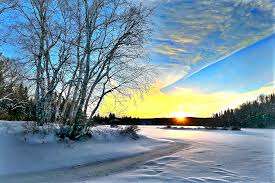 Maurice was born October 27, 1942, to Elton and Anna Marie Withers at Holdrege, Nebraska, and grew up in Smithfield.  He attended school in Elwood then went to work as an over-the-road truck driver, eventually moving to North Platte. In the mid 80's Maurice went to work for the city as a heavy equipment operator and worked until retiring.  To keep busy, Maurice then worked for a private contractor maintaining the rest areas along Interstate 80, primarily at Sutherland.

Maurice married Joan 'Jo' Marie Jolliffe Conway and they made their home in North Platte.  Maurice was a member of the Eagles Aeries #2839 and V.F.W.  He loved fishing, camping and going to auctions.

He was preceded in death by his wife, Jo, and parents, Elton and Anna.

Cremation was chosen and a Celebration of Life will be at a later date.  The memorial book may be signed at odeanchapel.com.  Odean Colonial Chapel at C & Sycamore is in charge of arrangements.