Betty "Joan" (Foster) Schwartz, age 88 of North Platte, Nebraska died on January 7, 2020 at Centennial Park Retirement Home in North Platte.  She was born on September 3, 1931 at Benkelman, Nebraska to Leo Chesney and VaLeita Fallert Foster.  Joan was baptized and confirmed at the time of her marriage.

On December 28, 1949, she married Edwin "Ed" Schwartz in Benkelman, Nebraska and they were married for 55 years.  They farmed south of Max, Nebraska until 1963, when Ed became an Insurance Agent in Ogallala, Nebraska.  In 1965, they moved their family to  North Platte, Nebraska.  Joan worked at J.M. McDonald's, Memorial Hospital, Dr. Robert Getty's Medical Office and Dr. George Cooper's Medical Office.  Joan retired in 1999, and turned her attention to knitting and cross-stitching, along with being a grandma, and later a great grandma.  One of her favorite cross-stitches said, "If I would have known being a grandma was so much fun, I would have had them first."  Another favorite remark she often made was "Retirement is the best job I ever had."

She and Ed were season ticket holders for the Nebraska football team for many years, donning their red and white gear on Saturdays in full support of the Huskers.  Joan also held an avid interest in MLB, cheering on the Atlanta Braves and the Boston Red Sox.

Joan and Ed attended the First Evangelical Lutheran Church and Our Redeemer Lutheran Church during their marriage.  Joan was involved in Bible study and regular church attendance until her health prevented her from continuing.

Betty was preceded in death by her husband, Edwin; her parents; her parents-in-law, Ted and Eda Schwartz; and her stepmother, Irene Morrison Foster.

Memorials may be made to the Alzheimer's Association, Nebraska Chapter or Our Redeemer Lutheran Church.  Online condolences may be shared at www.carpentermemorial .com.

Cremation was chosen and memorial services will be held at 2:00 p.m. on Saturday, January 18, 2020 at Our Redeemer Lutheran Church with Pastor Ramsey officiating.  Those wishing to sign the book may do so from 99:00 a.m. to 5:00 p.m. on Friday, january 17, 2020 at Carpenter Memorial Chapel, which is in charge of arrangements. 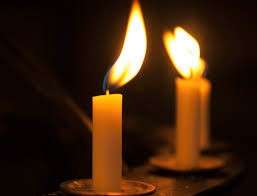