Services will be at 9:00 a.m. on Friday, January 17, 2020 at Rose Hills SkyRose Chapel in Whittier, California.  Burial will be at Rose HIlls Cemetery in Whittier. 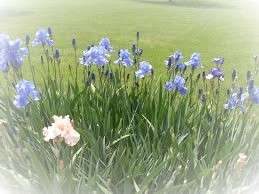 Robert Scott Allison, age 66, of North Platte, Nebraska died on January 1, 2020 at home.  Scott was born on November 28, 1953 to John Robert Allison and Joan Elizabeth (Caldwell) Allison in Marceline, Missouri.  Scott graduated from Marceline High School in 1972, attended Missouri Valley College in Marshall, Missouri, and then graduated from the University of Missouri-Columbia with a Bachelor's Degree in Fisheries & Wildlife Biology in 1983.

On July 3, 1982, Scott married Rachel Anderson.  They lived in Columbia, Missouri and had a daughter, Erin, in 1986.  They lived in several other places and eventually settled in North Platte, Nebraska in 1997.  Scott had a great love for the outdoors; early on in fishing, camping and anything on the water.  In time his interests turned to gardening, especially growing irises; and later he turned to cooking.  His entire life he was an animal lover, particularly cats, dogs, and birds; he was a member of the Tout Bird Club and a supporter of Best Friends Animal Society in Kanab, Utah.

Scott was preceded in death by his father, John.

Memorials are suggested to the Best Friends Animal Society.  Online condolences may be shared at www.carpentermemorial.com.

A family gathering will be held at a later date in Missouri.