Lincoln (NPPost) - Its another homecoming for a member of the Huskers.

Scott Frost earlier today announced that Mike Dawson would be returning to the team after spending one season in the NFL. He will be returning as the outside linebackers coach. He will replace Jovan Dewitt who will take an assistant position at North Carolina.

Frost and the university also annouced that they were extending the contracts of assistant coaches Greg Austin, Travis Fisher and Ryan Held. Each has a contract now running through Dec. 31, 2021.

Austin will become the run game coordinator in addition to his role as offensive line coach. Held, the running backs coach, added the title of recruiting coordinator. Fisher is the defensive backs coach. 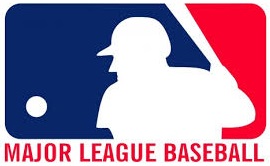 If Major League Baseball really wants to stop its teams from electronically stealing signs, it might consider fighting technology with more technology. Baseball is a sport that's increasingly driven by analytics and advancements. But the majority of signs between players and coaches are delivered with low-tech hand signals. Those can easily be seen and the temptation to cheat is obvious. The Houston Astros were punished after an MLB investigation found they used electronics to steal signs. One partial model for a fix already exists in the NCAA's Southeastern Conference, where coaches and catchers communicate through an earpiece.