MALCOLM, Neb. (AP) - A three-vehicle crash in Lancaster County left one of the drivers dead and two others injured, authorities said Wednesday.

Medics and Lancaster County sheriff's deputies were dispatched around 9:10 p.m. Tuesday to a spot east of Malcolm on Nebraska Highway 79. A southbound sport utility vehicle and a northbound pickup truck had collided, and a car ran into the SUV, the Lancaster County Sheriff's Office said. The SUV then caught fire.

The SUV driver died at the scene and the other two drivers were treated for minor injuries, the sheriff's office said. The names of those involved haven't been released.

The poor weather conditions may have been a crash factor, the sheriff's office said. 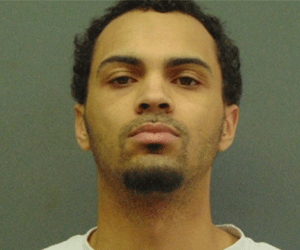 Man acquitted of murder gets 40-44 years on robbery charge

HASTINGS, Neb. (AP) - A Nebraska man who was acquitted of a murder charge has been imprisoned for conspiring to commit a robbery in Hastings.

Daniel Harden, 23, was sentenced Tuesday to 40 to 44 years. He was charged with first-degree murder, a weapons count and conspiracy to commit robbery. But jurors convicted him only of the robbery charge.

He was accused of shooting to death Jose Hansen on Sept. 11, 2017. Prosecutors had said that Harden and another man, 21-year-old Deante Mullen, of Lincoln, tried to rob Hansen, and Hansen was shot in the back.

Mullen pleaded guilty to attempted robbery and being an accessory to a felony. Prosecutors dropped a murder charge in return. He faces up to 20 years in prison on each charge when he's sentenced Feb. 11.