Wisconsin used a record-breaking performance from beyond the 3-point line to pull away for an 82-68 win over the visiting Nebraska men's basketball team Tuesday night at the Kohl Center.

The Badgers were 18-of-34 from the 3-point line, shooting 53 percent from beyond the arc. The 18 3-pointers were a Wisconsin record and were also the most 3-pointers Nebraska has ever allowed. Wisconsin, which entered the game averaging only six 3-pointers per game in Big Ten play, hit 10 threes in the second half alone, to break open what was a one-point game at the half.

Eight different Badgers knocked down a 3-pointer, as Wisconsin's 18 threes were 10 more than they had made in any previous Big Ten game this season. Brad Davison hit four 3-pointers to pace the Badgers with 14 points, while Brevin Pritzl also knocked down four threes for all 12 of his points. D'Mitrik Trice had a trio of 3-pointers to add 11 points, while Nate Reuvers also scored 11. Wisconsin improved to 12-7 with the win and moved to 5-3 in Big Ten play.

Wisconsin's record-breaking night spoiled a solid offensive outing for Nebraska, as the Huskers placed four players in double figures. Despite missing 10 of its last 11 shots, NU shot 43.3 percent from the field, including better than 55 percent in the first half. Dachon Burke Jr. led all scorers with 20 points, his third 20-point effort this season and 13th of his career. Burke hit 10-of-14 shots and grabbed a season-high eight rebounds.

Kevin Cross added 17 points for Nebraska – including 10 in the second half – to post the highest-scoring Big Ten game of his career. Cam Mack finished in double figures for the 12th straight game, scoring 14 points and adding seven rebounds and six assists. Thorir Thorbjarnarson rounded out the Husker quartet in double figures with 12 points, while Yvan Ouderaogo added eight rebounds for the Big Red.

Nebraska fell to 7-12 overall with the loss and dropped to 2-6 in Big Ten play. The Huskers had 10-0 runs in each half but ultimately could not overcome the Badgers' long-range shooting.

Wisconsin led 39-38 at the half thanks to its 3-point shooting. The Badgers were 8-of-16 from beyond the arc in the first half, matching their most 3-pointers in a Big Ten game this season. But the Huskers were able to withstand the Badgers' hot shooting with an efficient offensive performance of their own. Nebraska shot 55.6 percent in the first half, and the Huskers' 38 points were the second-most first-half points Wisconsin has allowed all season.

NU knocked down four 3-pointers of its own in the first half, and the Huskers were 11-of-16 from inside the arc while scoring 18 points in the paint. Mack and Burke each had 12 first-half points, combining to go 10-of-14 from the field.

Nebraska came out strong, scoring on four of its first five possessions to build an early four-point lead. But Wisconsin answered with a 3-point barrage. The Badgers' first three field goals were all 3-pointers, with the third tying the game at nine. Wisconsin knocked down three more 3-pointers during an 11-3 run that forced a Husker timeout with the Badgers on top 24-15 midway through the half. At that point, Wisconsin was 6-of-10 from beyond the arc after entering the game shooting just 30 percent from long range in Big Ten play.

After the early onslaught, Nebraska held Wisconsin scoreless over the next five minutes. The Huskers took advantage, using a 10-0 run to take a 25-24 lead with six minutes left in the half. Burke scored the first four points of the run before Mack capped the spurt with back-to-back 3-pointers just 46 seconds apart.

Wisconsin regained a five-point lead with a 7-1 run over the next two minutes, before Nebraska hit its final six shots of the half to pull within one at the break. NU tied the game on a Cross jumper with 45 seconds remaining, but Wisconsin hit its eighth 3-pointer of the half to regain the lead before Mack's beat the buzzer with a runner in the lane to trim the Badger lead to 39-38 heading into the locker room.

Coming out of the locker room, Wisconsin pulled away by outscoring the Huskers 20-4 over the first 5:30 of the second half. The Badgers scored the first 10 points of the period – including two more 3-pointers – to take a 49-38 lead. Following a Husker timeout, Haanif Cheatham ended the run with his first basket of the game before Davison hit his third 3-pointer of the half to give Wisconsin a 52-40 lead at the first media timeout.

Wisconsin stretched its lead to as many as 17, but the Huskers cut the lead back to single digits with a run of their own. Cross scored the first six points of a 10-0 run, with Burke adding the final four points as Nebraska trimmed the lead to 63-58 with nine minutes to play. But Wisconsin hit four more 3-pointers over the next four minutes to put the game away. The teams traded 3-pointers before the Badgers knocked down a trio of 3-pointers during a 13-1 run that put the game out of reach with Wisconsin stretching its lead to 79-62. The Huskers scored the final four points of the game at the free-throw line to account for the final margin, as Nebraska made just one field goal over the final seven minutes.

Nebraska continues its stretch of four road contests in five games on Saturday, when the Huskers travel to New Jersey to take on the Rutgers Scarlet Knights for the second time this season. Saturday's tipoff is set for 1 p.m. (Central), and the game will be televised on BTN, with the Husker Sports Network providing a live radio coverage.

*-Nebraska's 38 first-half points was the most Wisconsin has given up in Big Ten play this year and their second-highest first-half total allowed this year (41 vs. UW-Milwaukee)

*-With six assists tonight, Cam Mack now has 129 on the season, which is the most by a Husker in the Big Ten era. Mack also has reached double figures 17 times this season.

*-Dachon Burke Jr. reached double figures for the 11th time this season and his 20 points was his third 20-point effort of the year and first since scoring a career high 25 at Indiana on Dec. 13

*-Kevin Cross' 17 points is his sixth double-figure effort of the season, and most points since scoring 19 against Southern Utah on Nov. 9

*-Nebraska finished +20 in points in the paint tonight. Prior to tonight, its previous best was +14 vs. Texas A&M Corpus-Christi and +4 in Big Ten action. 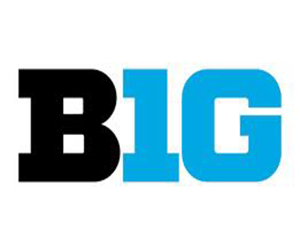 EVANSTON, Ill. (AP) — Jalen Smith scored a career-high 25 points, and No. 17 Maryland rallied to beat Northwestern 77-66 on Tuesday night. The Terrapins trailed by as much as 15 in the first half and were down 10 in the second when they went on a 15-2 run. Back-to-back 3-pointers by Aaron Wiggins and Anthony Cowan Jr. gave Maryland (15-4, 5-3 Big Ten) its first lead of the game at 56-55 with 9:10 remaining before Smith punctuated it with a hard dunk. Smith also hit a huge 3 with just under two minutes left to make it 72-63, sending the Terrapins to their second straight win after back-to-back losses. Pat Spencer led Northwestern (6-12, 1-7) with 17 points. But the Wildcats lost for the eighth time in nine games.

WEST LAFAYETTE, Ind. (AP) — No. 21 Illinois used a second-half offensive flurry to pull away from Purdue 79-62 for its fifth consecutive win. Kofi Cockburn scored 22 points to lead the Fighting Illini on Tuesday night. Trent Frazier had 21. Illinois swept the Boilermakers for the first time since 2008-09 and is off to its best start in Big Ten play since 2005-06. Nojel Eastern led Purdue with 14 points as the Boilermakers' 15-game winning streak in home conference games came to an end. Illinois erased a 30-29 halftime deficit by scoring the first seven points of the second half and never trailed again.

MADISON, Wis. (AP) — Brad Davison scored 14 points, D'Mitrik Trice added 11 points, 10 rebounds and seven assists and Wisconsin used a big second half to power past Nebraska 82-68. After leading 39-38 at halftime, the Badgers opened the second half on a 20-4 run to hand the Cornhuskers their fourth straight loss. Davison sparked the surge by knocking down back-to-back 3s out of the locker room. Dachon Burke Jr. had a game-high 20 points and Kevin Cross scored 17 off the bench for Nebraska, which countered with a 19-7 run of its own to pull within 66-61.

COLUMBUS, Ohio (AP) — Ohio State says former assistant coach Kerry Coombs is coming back to the Buckeyes as defensive coordinator. Coombs spent 2012-2017 on the Ohio State staff as cornerbacks coach. He's spent the past two seasons in the NFL as cornerbacks coach for the Tennessee Titans. Coombs moves into the slot vacated by Jeff Hafley, who was hired as head coach at Boston College. Coombs coached five first-round draft choices from his unit while with the Buckeyes. Every starting Ohio State cornerback in Coombs’ six-year tenure reached the NFL.

UNDATED (AP) — Alabama quarterback Tua Tagovailoa, Ohio State defensive end Chase Young and Wisconsin running back Jonathan Taylor are among 99 juniors granted eligibility by the NFL into the draft. The NFL on Tuesday released the official list of 120 players who gave up college eligibility to enter the draft. Most previously made their intentions public. Among that 120 are 16 players who notified the NFL they had completed college degree requirements and were therefore eligible to be selected in the April 23-25 draft in Las Vegas. The total of 120 players who left behind college eligibility to enter the draft is down from the record 132 last season. The 99 juniors granted early entry by the league is also down from 103 last year.