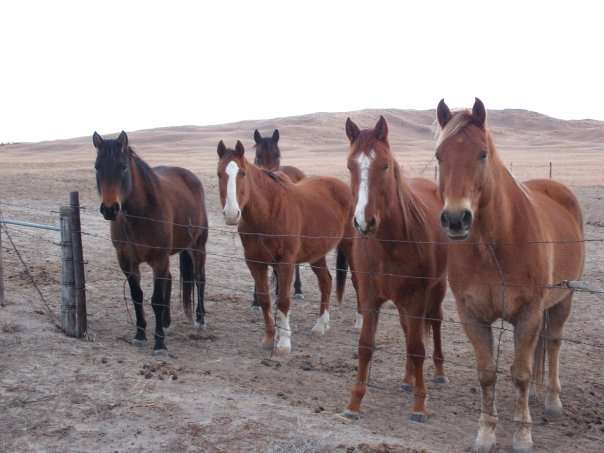 Robert Lee Childers was born on June 2, 1938 at Valentine, NE to Amos Robert and Mary Elizabeth (McMurtrey) Childers. The family lived on a ranch south of Nenzel. Bob attended school at Curtis. In 1953 the family moved to Ansley and Bob graduated from Ansley High School in 1955. Bob served in the US Army October 17, 1961-August 22, 1963. On January 24, 1968 he married Susan Quick. They ranched North of Mullen, then south of Seneca.

Bob and Susan raised a lot of hogs. They actually paid for the ranch by raising pigs.

Bob enjoyed his dogs and horses. Everywhere he & Susan went, their dogs went too. He enjoyed jumping horses and driving them with a buggy. Bob would haul Santa around at Christmas time with his team and buggy. He also enjoyed taking the team and buggy to area parades.

Bob is survived by his brother David (Karen) Childers of Ansley, 4 nephews & 2 nieces as well as other relatives and numerous friends.

He was preceded in death by his parents, his sister Mitzi, and his wife Susan in 2019.

Funeral services will be held on Wednesday January 29, 2020 at 11:00 Central Time at the Seneca Auditorium with Eldon Starr officiating. Burial will be in the Seneca Cemetery with Military Honors. Memorials are suggested to the Stapleton Fire Department, Mullen Fire Department or the Thedford Fire Department. A visitation will be held on Tuesday January 28, 9:00 AM to 8:00 PM at Govier Brothers Mortuary in Broken Bow and Wednesday morning 9:00 AM Central Time until service time at the Seneca Auditorium. Words of remembrance and encouragement may be left at www.govierbrothers.com.