Sharon was born in Hebron on September 6, 1938, the daughter of Charles Eugene and Myrtle (Watts) Baruth. She grew up in Hebron, Oregon and Ogallala, but attended school in Hebron.

Sharon had been married, raised five children and was a caregiver to many including her mother and brother, Gene, until they passed. She was a very kind, caring woman who worked but spent even more time being a volunteer. She helped at the Senior Center, would call Bingo at Linden Estates, and sang with the Salvation Army Ladies during the holidays.

Sharon could also be found singing karaoke, playing cards or shuffleboard, and tending to her flower gardens and bird feeders. In her later years she became a member of St. Patrick's Catholic Church.

She is survived by her children, Penny (Johnny) Berg, Shawn (significant other, Tina Farley) and Marion 'Jimmy' Triplett, Jr., all of North Platte, and Tammy (Joe) Sauls, of Grand Island; daughter-in-law, Mary Triplett, of Illinois; 15 grandchildren and 19 great-grandchildren; brother, William Baruth, of North Platte; as well as many other family members.

Sharon was preceded in death by her parents, Charles and Myrtle; son Michael Triplett; brothers, Gene and Frank Baruth; and sisters, Barbara Presnell and Carol Owens.

Cremation was chosen. Mass of Christian Burial will be at 1 p.m. Thursday, January 30, 2020, at St. Patrick's Catholic Church with Celebrant Father Vijumon. Inurnment will follow in the North Platte Cemetery. The memorial book may be signed at odeanchapel.com or prior to services at the church. Odean Colonial Chapel at C & Sycamore is in charge of arrangements. Memorials are suggested to the Senior Center. 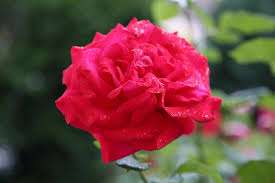