Rodney grew up in Wallace and graduated from Wallace High School in 1962. He entered the U.S. Army in 1964 and served in Germany. He was honorably discharged in 1967 and returned home to Wallace where he worked for Lincoln County. On August 19, 1969 he married Karen Eckhoft, the couple made their home in Sutherland. Rodney hired on with Union Pacific Railroad where he was a fireman/oiler. He went to work for Sutherland Public Schools where he retired. He then went to work for the Village of Sutherland. Rodney belonged to the American Legion, Sutherland Fire Department as an EMT, and Grace Lutheran Church.

He will be remembered as a caretaker in his family, fixing everything for his family from physical to emotional issues. He loved kids and always had an open door for all. He enjoyed the Christmas holiday and turned his shop into the “Christmas Village”.

He was preceded in death by his parents; sisters Rosalie and Marilyn; stepfather Frank “Bud” LaRue.

Memorials are suggested to the Sutherland Fire Department. Online condolences may be shared at www.adamsswanson.com.

Graveside services will be 11:00 a.m., January 31, 2020 at Fort McPherson National Cemetery with military honors. Pastor JA Welsh will serve as officiant. Casual and warm clothing is requested by the family. A reception will be held at Judy’s Grab A Bite, downtown on the bricks, after the services. Those wishing to sign the register book may do so 9-8:00 p.m., January 30, 2020 at Adams & Swanson Funeral Home which is in charge of arrangements. 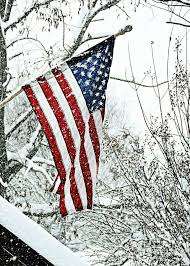 John graduated from Omaha Technical High School and entered the U.S. Navy Reserve and was activated into active service. After his honorable discharge, he returned to Omaha where he worked for Union Pacific Railroad. He married Carol V. Chrisman on December 13, 1951. John transferred to the Council Bluffs, Iowa shops then to North Platte where he retired with Union Pacific Railroad in 1991.

He was a charter member of a car club in Omaha, winning an award for his prized Model A. John was a member of the Sportsman Gun Club in North Platte and a proud member of the NRA. He was also a member of the VFW, American Legion and the U.P. Old Timers Club. John enjoyed fishing and hunting.

John was preceded in death by his parents, wife Carol in 2012 and sister Margaret Christensen.

Memorials are suggested to the Daniel Strong Fund for Daniel Shea. Online condolences may be shared at www.adamsswanson.com.

Services will be at 11:00 a.m. January 31, 2020 at Beautiful Savior Lutheran Church with Reverend Bob Deardoff officiating. Burial will be at Fort McPherson National Cemetery near Maxwell with military honors. Visitation will be January 30, 2020 from 12-8:00 p.m. with family present from 6-8:00p.m. at Adams & Swanson Funeral Home which is in charge of arrangements.