Bernie was born to Henry and Marie (Friehauf) Lebsock in Grand Island, Nebraska, on September 29, 1925, at the home of his Lebsock grandparents. The family moved to Gothenburg, Nebraska, when Bernie was three months old. He lived there and attended school until he was a junior in high school when the family decided to try their hand at farming southwest of North Platte, Nebraska where Bernie graduated high school in 1943. During this time, he met Mary Louise Vencill at a 4H Club meeting and the two started dating.

Bernie was drafted into the Navy in June 1944 and served in the Pacific during WWII on the destroyer the USS Wedderburn. After the war, he and Mary Vencill were married on June 1, 1947. The young couple soon moved to Denver where Bernie attended Denver University, graduating in June of 1952 with an engineering degree. After graduation Bernie obtained a position with Westinghouse Electric, a job which required a lot of moving and the couple lived in various mid-western and southern states. During this period, in 1955, their first son, Kent, was born. In 1956 Bernie obtained a position with the Martin Company and the young family moved to Denver, this time permanently. They bought a home and in 1957 their second son, Jeff, was born. After Bernie retired, he continued to work, creating his own Electrical Engineering business and investing in the stock market. Bernie and Mary were married for 60 years before Mary passed away from Alzheimer’s Disease in 2006. Bernie survived her, living in the home they made in Centennial (a suburb of Denver) for the rest of his life, where he continued to pursue his work, continuing his businesses and swimming at the YMCA three days a week until his death on January 31, 2020. He died peacefully at home at the age of 94 having lived a varied and full life.

He was preceded in death by his parents; wife; brothers, Jerry, Ken, Dick, and Leonard.

Memorials are suggested to the Alzheimer’s Foundation and online condolences may be shared at www.adamsswanson.com.

Funeral Services will be held 10:00 a.m. Monday February 10, 2020 at Adams & Swanson Funeral Home with the Reverend John Stone officiating. Burial will follow at Fort McPherson National Cemetery near Maxwell with military honors graveside. Visitation will be noon – 6:00 p.m. Sunday at Adams & Swanson Funeral Home which is in charge of arrangements. 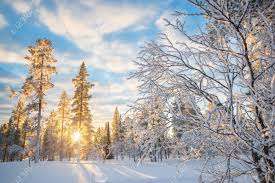 Thomas was born in Grant on November 28, 1965, to Francis and Roberta (Rohbacker) Lee.  He attended Madrid High School where he lettered in football and track and was on the 880 relay team that took 3rd place at the '74 State Track Championships.  After high school Thomas went on to graduated from Milford College and Mid-Plains Community College, then hired on with Union Pacific Railroad as a Carman.  Thomas liked working and eventually retired from the railroad in 2017.

On June 18, 1984, Thomas married Debra Kay miller in Oberlin, Kansas, and they made their home in North Platte.  He was a good man who took care of his family and always made sure they had a nice vehicle.  Thomas enjoyed going on vacations and fishing with his grandson.

He was preceded in death by his mother, Roberta; and daughter, Darcey Lee.

Graveside service will be held at noon (CT) on Saturday, February 8, 2020, in the North Platte Cemetery with Pastor Clint Walker officiating.  Visitation will be 9 a.m. to 7 p.m. (CT) Friday and 9 to 11 a.m. (CT) Saturday at Odean Colonial Chapel at C & Sycamore, which is in charge of arrangements.  Online condolences may be shared at odeanchapel.com.  In lieu of flowers, memorials are suggested to the Callahan Cancer Center.