John was born May 8, 1946, to Clarence A. and Beulah Marie (Hopping) Phifer in North Platte. He grew up west of town and went to Platte Valley Grade School then Hershey High School, graduating in 1964. John attended McCook Junior College for two years before joining the U.S. Navy in October 1967.

The Navy schooled and trained John to be an aerographer's mate (meteorologist).  He was scientifically inclined, so for his sea duty he volunteered for Operation Deep Freeze, the Antarctic Support Activity which was attached to the National Science Foundation.  John wintered in Antarctica from '69 to '70, stationed at McMurdo Base, but flew to all the other bases on "the ice".

While on leave in the Spring of '71, John married Kathryn 'Kay' Becher in North Platte. They had two children, Travis and Angela, and later divorced.

He was preceded in death by his parents, Clarence and Beulah; ex-wife, Kathryn; and all his aunts and uncles.

John is survived by his daughter, Angela Phifer, of Loveland, CO; son, Travis (Missy) Phifer, of Thornton, CO, and their two children, Makaela and Kyle Phifer; brothers, Tom (Mona) Phifer, and Ken (Patty) Phifer, all of North Platte; three nieces, a nephew and other family. 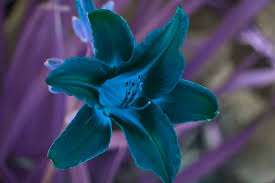 Arleen was born April 6, 1930, to Albert Henry and Olive Violet (Nelson) Gass in Osseo, WI and grew up in Slayton, MN.  After graduating from Slayton High School in 1949, Arleen attended Northwestern Medical Technician College in Minneapolis then went to work for the Lutheran Hospital Society in Wyoming.

Arleen married, had a daughter, Pam, and lived in Arnold for 10 years.  She then moved to North Platte with her daughter and went to work as a Medical Technician for St. Mary's Hospital and later Memorial Hospital until retiring.

On July 31, 1972, Arleen married James Henry Young at Cheyenne and they made their home in North Platte.  Jim and Arlene owned and operated the Driftwood Manor from 1972-84 and also built the Lamp Lighter Inn at Lake Maloney which they operated for several years. They eventually sold the businesses and enjoyed their time together.

Arleen kept busy by volunteering and being active in various organizations.  She volunteered with R.S.V.P. and the Lincoln County Historical Museum; was a member of Sandhill Campers, Shrine Auxiliary, Eastern Star and V.F.W.  Auxiliary; was a member and Past President of American Legion Auxiliary; a charter member of Good Sam's Club; and a member of First Evangelical Lutheran Church.

Arleen enjoyed working at the historical museum, making desserts and cooking holiday dinners.  She loved her dog, K.K., and cat, C.D., but especially loved her grandbabies.