The 5-foot, five-inch senior has played hitter and setter for the Hi-Line [Eustis-Farnam/Elwood] varsity volleyball team and has also been a hitter, setter and defensive specialist for club teams.

“We are excited to have Katy join our team as she has been a versatile player for her high school and club teams,” said Alexa McCall, NPCC head women’s volleyball coach. “We will look at her primarily as a DS, but her knowledge of all positions will definitely help her. She is quick, which will be an asset to her as well. We would like to welcome Katy to the Knight family.”

More information about the Knights volleyball team is available at npccknights.com/. 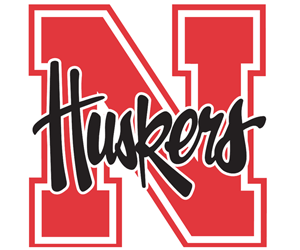 BLOOMINGTON, Ind. -- The fourth-ranked Nebraska wrestling team won eight of 10 bouts, scoring bonus points in six matches, to win its fourth consecutive dual meet and defeat Indiana 35-6 at Wilkinson Hall on Sunday afternoon.The meet began at 141 pounds. No. 8 Chad Red Jr. wasted no time against Eddie Bolivar, scoring a takedown seconds into the match. Bolivar escaped, but Red then scored a second takedown, earned nearfall points and recorded a pin, all in less than one minute of wrestling.No.16 Collin Purinton (149) then faced No.14 Graham Rooks in the meet's lone match-up of ranked wrestlers. The two grapplers were scoreless after the first period. Purinton started the second period on top and Rooks was able to score a reversal. Purinton used two escapes to knot the score at two apiece, but Rooks was awarded the match-winning point when Purinton earned his second stalling warning of the match and the Hoosier grappler walked away a 3-2 winner.

No.18 Peyton Robb (157) scored a takedown and two nearfall points in the first period against Indiana senior Fernie Silva. The second period saw Robb add to his lead with points via escape and a stalling call on Silva. The redshirt freshman from Owatonna, Minn., finished strong for the Huskers, closing out a 9-1 major decision victory with a third-period takedown and a point for riding time.

Jake Silverstein saw his first dual meet action of the season at 165 pounds. Squaring off against Hoosier junior Dillon Hoey, Silverstein notched a takedown and four nearfall points in the first period, but Hoey was able to get on the board with a reversal. Hoey scored a takedown and ran his riding time total to over two minutes in Period 2. Silverstein started Period 3 on top and Hoey again registered a reversal, making the score 8-6 in favor of Silverstein. Hoey allowed Silverstein to escape, looking for a takedown which would have effectively tied the bout 9-9, but Silverstein got in on a single-leg shot and scored a takedown to win the back-and-forth match by decision, 11-7

No. 6 Mikey Labriola (174) scored a takedown less than five seconds into his bout with Diego Lemley and needed less than a minute to record the meet's second pin.

No. 11 Taylor Venz (184) kept the Big Red momentum going after intermission, scoring seven points in the first period and eight points in the second to tally a 15-0 technical fall victory over Jacob Hinz.

No. 5 Eric Schultz (197) scored takedowns in all three periods and netted nearfall points in Period 3 to earn an 18-6 major decision victory against Indiana freshman Nick Willham.

No. 16 Christian Lance (HWT), wrestling for the first time since Jan. 24 against Penn State, used a workman-like effort to make it two consecutive major decision victories for the Huskers. Lance scored one takedown in each of the first two periods before tallying two takedowns in the third period to defeat Jake Kliemola, 12-4.

Alex Thomsen (125) and Liam Cronin exchanged escapes and were tied 1-1 when Cronin scored the match's first takedown with less than one minute remaining in the third period. Cronin was tough on top for the remainder of the bout and won 4-1, adding an additional point with one minute and one second of riding time.

No. 14 Ridge Lovett (133) closed out the match with a hard-fought 4-2 victory over fellow freshman Cayden Rooks. Lovett, coming off a victory by pinfall on Friday, scored via a takedown in Period 1, an escape in Period 2 and added a point for riding time.

With the win, the Huskers move to 9-3 overall with a 4-3 mark in conference action while Indiana slips to 1-9 overall and 1-8 in the Big Ten.

The Huskers will host their final home dual of the season when No. 22 Michigan (6-4, 5-2 Big Ten) comes to Lincoln on Friday, Feb. 14. The meet will begin at 8 p.m. and be televised by BTN, with Senior Night festivities taking place prior to the start of the dual.