Julie was born February 26, 1970, to Billie John and Phyllis Raye (Elliott) Reed at Red Cloud, NE.  She grew up in Hershey where she attended school and was confirmed at the Hershey United Methodist Church.  When she was in the 10th grade, the Reed family moved to Camarillo, CA, where Julie graduated from Camarillo High School in 1988.  She then worked in customer service jobs and as a bookkeeper before getting married.

Julie married Kevin Maske in 1989 at Las Vegas before he enlisted.  After his discharge from the Army, Julie and Kevin settled in Grand Island where they both worked for Swift.  Julie stopped working in 2015 due to health issues.

She had a love for reading, painting and learning.  She also enjoyed cooking, walking, kayaking, playing word games and making birdhouses.

Julie especially loved her family and her dog, Loki, but definitely did not like to shop.  She was taken too soon but will always be remembered for her sense of humor.

She is survived by her parents, Billie and Phyllis Reed, of Hershey; daughter, Reece Maske, and her dad, Kevin Maske, both of Grand Island; sisters, Cindy (Reed) Kuroki and Lucie Reed, of Hershey, and Helene Baustian, of Fremont; brothers, Nick (Denise) Reed, of Sutherland, Darrell (Irma) Reed, of St. Francis, KS, Billie (Tammie) Reed, of North Platte and Pat (Lorie) Reed, of Salina, KS; and other family.

Julie was preceded in death by her grandparents; brother-in-law, Daniel Baustian; and nephew, Eric Nardini.

Funeral service will be 2 p.m. Friday, February 14, 2020, at Hershey United Methodist Church.  Burial will follow in the North Platte Cemetery.  Visitation is prior to the service at the church.  In lieu of flowers, memorials are to the family. Online condolences may be shared at odeanchapel.com.  Odean Colonial Chapel at C & Sycamore is in charge of arrangements. 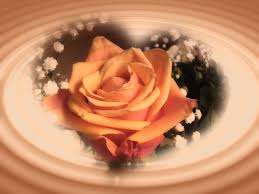 Judith was born on October 10, 1943 in Dallas, TX to Lewis and Cleo (Honey) Armentrout.

On December 31, 1975 she married Mark W. Colborn in Lincoln. The two made their home in North Platte where Judith worked at the North Platte Telegraph as a receptionist/switchboard operator/and cashier for almost 40 years.

She was preceded in death by her parents; and brothers, Wally Armentrout and Mark Armentrout.

Memorials are suggested to For the Love of Paws or to Paws-itive Partners. Online condolences may be shared at www.adamsswanson.com.

Memorial services will be held at 10:00 a.m. Friday, February 14, 2020 at Adams & Swanson Funeral Home with Pastor Harold Rhea and Job Vigil officiating. Burial will follow at Fort McPherson National Cemetery near Maxwell. Those wishing to sign the register book may do so 9:00 a.m. – 8:00 p.m. with the family receiving friends 5:00 p.m. – 7:00 p.m. Thursday at Adams & Swanson Funeral Home which is in charge of arrangements.