PAPILLION, Neb. (AP) - A 19-year-old has been given 45 to 55 years in prison for the shooting death of a man at a Sarpy County apartment complex.

Prosecutors had lowered a first-degree murder charge in return for Pirruccello's pleas.

The Omaha man and at least two other people were involved in trying to rob Faeller on Jan. 15 at his southern Bellevue apartment when the violence broke out, police said. 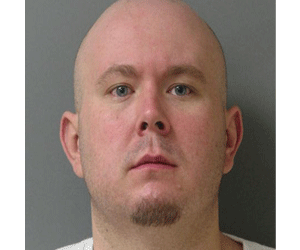 BEATRICE, Neb. (AP) - An attorney for a man accused of killing a Nebraska college student whose body has never been found in the decade since she disappeared told jurors in his murder trial Wednesday that "you can't convict him for being a jerk."

The defense and prosecutors delivered closing arguments Wednesday in the trial of Joshua Keadle, who's charged with first-degree murder in the death of 19-year-old Tyler Thomas, of Omaha, the Lincoln Journal Star reported. Thomas disappeared Dec. 3, 2010, after leaving a party near the campus of Peru State College in southeast Nebraska, where she was a student. Although her body was never found, the state issued a death certificate in 2013.

Keadle's attorney, Matt McDonald, acknowledged in his closing statements that Thomas is likely dead, but added, "Mr. Keadle is not the cause of her death."

McDonald said Keadle left Thomas alive at a Missouri River boat ramp just a couple of miles from the campus.

Assistant Nebraska Attorney General Doug Warner countered that Keadle denied for three days having had any contact with Thomas before her disappearance before then leading investigators to the ramp where he says he left her alive. Warner also noted the testimony of witnesses who said Keadle asked them to say he'd been with them that night.

"Why do you need an alibi? It's to cover up your tracks," Warner told the jury.

Authorities have said Keadle told investigators he and Thomas had sex in his vehicle that night at a boat dock on the Missouri River. They soon argued, and he told investigators that Thomas threatened to report he'd raped her. He's said he left her there and returned to Peru.

A jailhouse informant has testified that Keadle had told him he killed Thomas but "they'll never find the body." Defense attorneys have said the informant's use of methamphetamines might have altered his recollection.