Arctic chill over Nebraska, Iowa may have claimed victim

OMAHA, Neb. (AP) - An arctic cold front that descended upon eastern Nebraska and most of Iowa may have claimed an elderly victim.

Omaha police said in a news release that officers found the body of an 80-year-old man a little before 5:40 a.m. Thursday in a street not far from an assisted living center where he lived.

He was not dressed appropriately for the cold, police said. The wind chill had dropped to minus 26 degrees at that time, the National Weather Service said.

He's been identified as Robert Freymuller. The investigation into his death has been turned over to the Douglas County coroner, police said.

Many schools, businesses, and organizations remained closed or opened late because of the frigid air blast.

The weather service also warned of icy roadways and sidewalks because of the rapidly falling temperatures overnight. Surfaces that look wet could be icy. 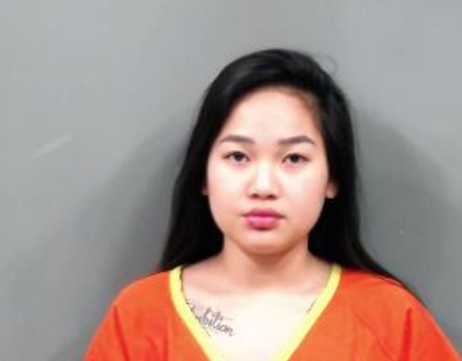 Kansas teen accused in shooting death of her boyfriend

SEDGWICK COUNTY — Law enforcement authorities are investigating a murder and have a teenage suspect in custody.

Just before 6p.m. Wednesday, police responded to a shooting at a home in the 1500 Block of South Battin in Wichita, according to police Lt. Jeff Gilmore.

At the scene, officers located a victim identified as  22-year-old Amare Holt with multiple gunshot wounds. EMS transported him to a local hospital where he died, according to Gilmore.

Investigators learned that 18-year-old Rina Nguyen and her boyfriend Holt were at the home and  got into an argument. During the disagreement, Nguyen pulled out a handgun and fired it at Holt as he was walking out the front door of the residence.

After the shooting, Nguyen fled the residence in a vehicle but returned a short time later and was arrested on requested charges of first-degree murder and discharge of a firearm at an occupied dwelling, according to Gilmore.