NEW YORK (AP) - The NCAA is planning to extend the eligibility of athletes on spring sports teams by one year to make up for the season lost to the new coronavirus. The details of how the extra eligibility will work are still being ironed out. All three NCAA divisions would potentially allow another year for athletes in the 14 spring sports, which include baseball, softball, lacrosse and golf. The decision comes after the NCAA announced Thursday that its winter and spring championships would be canceled as a precaution against the spread of the coronavirus. Some, but not all, conferences have announced that their spring sports teams would not continue their regular seasons. The NCAA Division I Council Coordination Committee sent an email Friday notifying schools of its intention. The proposal is expected to pass.

OMAHA, Neb. (AP) - The cancellation of the NCAA basketball tournaments shook the nation. But more than two dozen other men's and women's championships won't be contested this winter and spring, either, and that doesn't include all the sports in Divisions II and III. The NCAA decision to cancel winter and spring sports championships means the College World Series will not be held for the first time in since 1946. The Division I baseball championship is the NCAA's No. 2 revenue producer and has been held in Omaha every year since 1950. The NCAA said the decision was based on the public health threat posed by the coronavirus.

NEW YORK (AP) - Utah Jazz star Donovan Mitchell's father, who works for the New York Mets, has tested negative for the coronavirus. Donovan Mitchell Sr. is the Mets' director of player relations and community outreach. The younger Mitchell confirmed Thursday he tested positive for the virus after Jazz teammate Rudy Gobert (goh-BEHR') became the first NBA player to test positive. The elder Mitchell was tested Thursday and a negative result was received Friday night, the Mets said in a statement.

LAKE FOREST, Ill. (AP) - The Chicago Bears have re-signed veteran inside linebacker Danny Trevathan (treh-VAY'-thuhn) to a three-year contract extension through the 2022 season. Trevathan has 327 tackles in four seasons with Bears and 602 overall in eight years with Chicago and Denver. He played on a Super Bowl champion with the Broncos. The Bears value his leadership and production. But he has missed 18 of 64 games for Chicago, including seven last season because of a gruesome elbow injury.

ENGLEWOOD, Colorado (AP) - The Denver Broncos have placed the franchise tag on fifth-year safety Justin Simmons. The tag is worth about $11.5 million. But chances are good the sides will agree on a long-term extension before the deadline in mid-July. General manager John Elway says the franchise tag designation buys the Broncos more time to work out a long-term contract with Simmons. The former Boston College star had a career year in 2019 when he set personal highs with four interceptions and 15 pass breakups. Simmons earned second-team All-Pro honors last season. Denver and also picked up the 2020 contract options on star pass rusher Von Miller, linebacker Todd Davis and kicker Brandon McManus. 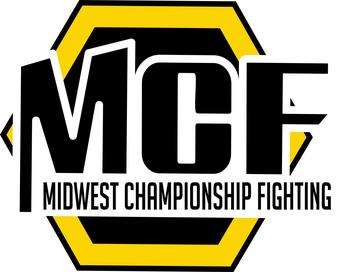 MCF owner Russ Jones made the following statement on the organization's Facebook page:

"We were informed by the Nebraska Athletic Commission (NAC) this morning, that they cannot allow us to have our show“St. Paddy’s Beatdown VIII” scheduled for March 21, 2020.

Sorry for the inconvenience. The NAC is our governing body and we respect them greatly for what the do for our sport of mixed martial arts. We stand behind their decision on this global issue.

Please understand this is not our choice. We care a great deal about our fighters and fans and wanted to keep you informed as quickly as possible.

The tickets for this fight will work in June. See you then.