An Omaha man has given a federal prison sentence for robbing a Nebraska bank.

United States Attorney Joe Kelly announced that Alex R. Ives, 31, of Omaha, Nebraska, was sentenced today in federal court to 37 months’ imprisonment by United States District Court Judge Robert F. Rossiter, Jr. for bank robbery. There is no parole in the federal system. After his release from prison, Ives will serve a three-year term of supervised release. Ives was ordered to pay restitution in the amount of $9,073.

On February 4, 2019, Ives entered Bank of the West at 8707 West Center Road in Omaha with a blue scarf covering his face. He demanded money from multiple tellers. Ives left the bank with approximately $13,769.99, including some $20 bait bills. On February 13, 2019, Ives contacted the Omaha Police Department stating he was responsible for the robbery. Omaha Police officers responded to his location and placed him under arrest.

This case was investigated by the Federal Bureau of Investigation and the Omaha Police Department. 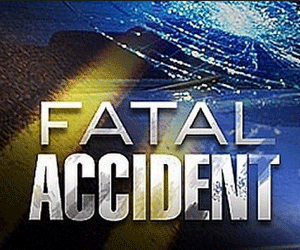 FORDYCE, Neb. (AP) - Authorities say an 86-year-old driver died at a South Dakota hospital after a collision in northeast Nebraska.

The collision occurred just before 5:30 p.m. Monday at the intersection of Nebraska Highway 12 and U.S. Highway 81, about 2 miles (3.2 kilometers) northwest of Fordyce.

It's unclear whether Pedersen was injured.