First responders were sent around 3:45 p.m. Wednesday to the Frontier Cooperative site in Burr following a report about a tire exploding. Deputies found the worker dead when they arrived and another man with minor injuries, the Lincoln Journal Star reported.

The names of those involved and details about what happened haven't been released. An autopsy was ordered. 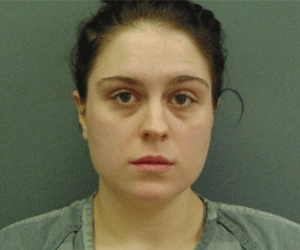 Woman accused in Hastings slaying sentenced to year in jail

HASTINGS, Neb. (AP) - A woman accused of being an accessory to the 2017 slaying of a Hastings man has been sentenced to a year in jail.

At her sentencing, Wednesday, Katherine Creigh, 23, was credited with 75 days already served. She'd made a deal with prosecutors and pleaded guilty to misdemeanor obstruction of government operations.

She'd been charged as an accessory in the slaying of Jose Hansen, who prosecutors said was killed during a robbery attempt by Daniel Harden and another man.

Creigh testified against Harden during his trial. He was charged with first-degree murder, a weapons count and conspiracy to commit robbery. But jurors convicted him only of the robbery charge. He awaits sentencing.