Nebraska man sentenced to prison for sex abuse of babysitter

OMAHA, Neb. (AP) - A man who sexually assaulted a 14-year-old girl who was babysitting his children at a home on the Omaha Reservation in Macy has been sentenced to four years in federal prison.

Investigators said the assault happened in July 2018 while the girl was babysitting Grant's children. Grant returned to the house intoxicated and sexually assaulted the girl after she fell asleep, investigators said. Grant initially denied any sexual contact with the minor, but admitted to sexual contact after being confronted with DNA evidence, officials said.

After his release from prison, Grant will serve a five-year term of supervised release and will be required to register as a sex offender. There is no parole in the federal system. 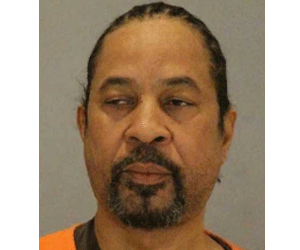 OMAHA, Neb. (AP) - Police have arrested a suspect in the slaying of an Omaha man more than 19 years ago.

Christopher Martin, 51, was arrested Tuesday. He's charged with first-degree murder in the Dec. 5, 2000, killing of Todd Schumacher. Douglas County Court records don't list the name of an attorney who could comment for Martin.

Schumacher was shot to death at his home, which police said had been burglarized. Martin was one of Schumacher's neighbors at the time.

Police reopened the case at the request of Schumacher's daughter last year.