BEATRICE, Neb. (AP) - Officials are boosting security and making other preparations at the Gage County Courthouse in Beatrice for the trial of a man accused of killing a college student in 2010.

Josh Keadle, 38, has pleaded not guilty to first-degree murder and is scheduled to begin trial Jan. 27. Prosecutors say Keadle killed 19-year-old Tyler "Ty" Thomas, who disappeared Dec. 3, 2010, after leaving a party near the Peru State campus. Her body has never been found.

The chief sheriff's deputy, Douglas Klaus, told The Associated Press that there's no particular expectation of any trouble brewing, but that there will be more people than usual in the courthouse and therefore more security measures will be necessary.

"We're just making sure that we've got all our bases covered," Klaus said Thursday.

A judge ordered the trial moved to Gage County from Nemaha County after Keadle's attorney sought the change, citing pretrial publicity and inadequate facilities for a high-profile trial at the Auburn courthouse.

The Beatrice courtroom is large enough for jury selection. In Auburn, it would have had to be done in a hall or meeting room elsewhere in town. Also, the county and district court share a single courtroom in Auburn, so the trial expected to last three weeks would have prevented county court cases from being heard, officials said.

The Gage County Sheriff's Office will bring in additional staff for the murder trial and is installing additional security.

"We will be setting up a first-floor screening station that will be similar to what you see in an airport," said sheriff's Sgt. Bryan Davidson, who oversees courthouse security. "Everyone will be screened, including our own employees," he told the Beatrice Daily Sun.

Employees have been advised to wear their identification badges when arriving at the courthouse, and visitors will be required to use only one of the three first-floor entrances.

Authorities say Keadle was also a Peru State student in 2010 when Thomas disappeared. He told investigators that he and Thomas had sex in his vehicle that December night and that Thomas threatened to report that he had raped her.

The state issued a death certificate for Thomas in 2013, even though her body has never been found. 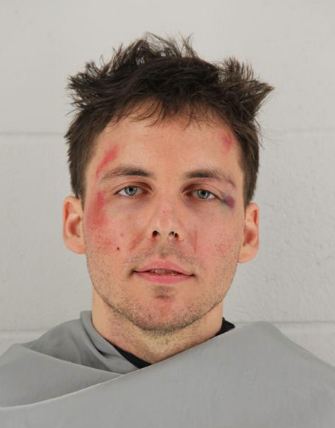