LARNED, Kan. (AP) - A Nebraska man who escaped injury early Saturday after a Kansas sheriff's deputy fired shots at him has been arrested, the Kansas Bureau of Investigation said in a news release.

Authorities said the shooting happened following a traffic stop near the west-central Kansas town of Larned. The KBI said a Pawnee County sheriff's deputy stopped a vehicle around 1:30 a.m. Saturday on U.S. Highway 56 and ordered the driver and passenger out of the vehicle after smelling marijuana. A fight ensued while the deputy was patting down the passenger, the release said, and the deputy fired his gun at the passenger, who fled on foot.

The passenger, identified as Alejandro Alvarado, 21, of Lincoln, Nebraska, was later found and arrested at Pawnee Rock, Kansas, about nine miles northeast along the highway from Larned, officials aid. Alvarado had not been shot.

He was booked into the Pawnee County Jail on an outstanding warrant for aggravated assault out of Finney County. The investigation into the shooting continues. 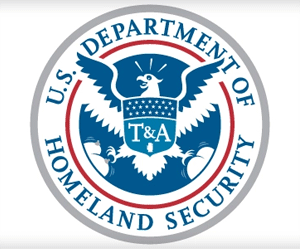 OMAHA, Neb. (AP) - An Arizona man was allowed to board his flight after a loaded handgun was found in his bag at a security checkpoint at Eppley Airfield in Omaha, federal authorities said Friday.

A news release from the federal Transportation Security Administration said the .45 caliber gun - loaded with six bullets, including one in the chamber - was found Thursday as the bag it was packed inside entered an X-ray machine. The release says Omaha Airport Authority Police were contacted and the gun was confiscated. The man was detained for questioning before allowing him to catch his flight.

Officials did not release the man's name.

Officials say it was the first gun caught at an Eppley Airfield security checkpoint this year. In 2019, TSA officers found 15 guns at the Omaha airport checkpoint.