OMAHA, Neb. (AP) - An Omaha man was sentenced Friday to six years in prison for a fatal hit-and-run last February.

Michael Sullivan, 44, had earlier pleaded guilty to leaving the scene of a personal injury accident resulting in death and tampering with evidence in the Feb. 3 death of 57-year-old Richard McIntyre.

Witnesses, surveillance video and tips led police to Sullivan, who had left a Ralston bar driving a white pickup truck minutes before the crash, the Omaha World-Herald reported. Sullivan ran over McIntyre, who was walking near 84th and Q Streets, and drove off without stopping, police said. He turned himself in nine days after the crash.

Police said they found a white pickup belonging to Sullivan stored in a garage that had headlight damage and a missing front fender. Sullivan had told someone to get rid of the damaged fender, police said.

Sullivan has maintained he did not know he hit a person the night of the crash. 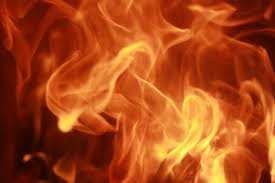 NORFOLK, Neb. (AP) - The body of a man was found Friday morning inside a burning home in the northeastern Nebraska city of Norfolk.

The fire broke out Friday morning and was reported just before 10 a.m. by a postal worker who called 911, the Norfolk Daily News reported. Firefighters who arrived on the scene found flames and heavy smoke coming from the home and had to cut through the home's roof and an exterior wall to extinguish the fire.

The man's name had not been released by Friday afternoon.