FORD COUNTY —A southwest Kansas woman who was reported missing out of Ford County has been located, according to Sheriff Bill Carr.

Dolores Perez, 18,  walked into a law enforcement agency Sunday after learning she had been reported as a missing person. Authorities did not report where she reported to law enforcement.  Officials originally indicated she might be in Nebraska.

On February 6, the Kansas Bureau of Investigation asked for the public's help to locate her.  Perez’s family reported her missing, and she was last seen with Juan Carlos Gonzalez on Jan. 22.

On January 30, the Ford County Sheriff's office issued an attempt to locate for 22-year-old Gonzales in connection with an alleged rape and aggravated kidnapping.

On February 6, Gonzalez turned himself in to authorities in Grand Island, Nebraska, according Carr. Gonzalez will be transported back to Ford County once extradition is complete.

The whereabouts of Dolores Perez are unknown, and the public’s assistance is requested to help locate her.

Perez is a Hispanic female, 5-foot-3 in. tall, weighing approximately 140 pounds. She has brown hair and brown eyes. Perez’s family reported her missing, and she was last seen with Juan Carlos Gonzalez on Jan. 22. She may be in Kansas, or may have traveled to Nebraska, Minnesota, or Texas.

If you see Dolores Perez or have information about her whereabouts, please immediately call the KBI at 1-800-KS-CRIME, or the Ford County Sheriff’s Office at 620-227-4501. Tips can also be submitted anonymously online at www.kbi.ks.gov/sar. 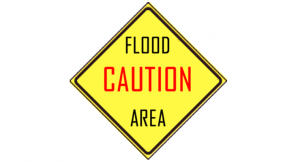 SCRIBNER, Neb. (AP) - A stretch of rural highway in eastern Nebraska that was closed by flooding has reopened.

A 9-mile stretch of U.S. Highway 275 between Scribner and West Point had been closed Friday because ice jams had backed up the nearby Elkhorn River, causing the flooding.

The Nebraska Transportation Department reopened the highway on Saturday.