BEATRICE, Neb. (AP) - A jury on Thursday convicted a man of second-degree murder in the death of a Nebraska college student whose body has never been found.

Joshua Keadle was found guilty of killing 19-year-old Tyler Thomas, who disappeared in December 2010 after she left a party near Peru State College in southeastern Nebraska.

Prosecutors had charged Keadle with first-degree murder, which would have brought a mandatory sentence of life in prison. But jurors had the option of finding Keadle guilty of the lesser second-degree murder, which implies Thomas' killing was not premeditated. He now faces 20 years to life when he's sentenced at a later date.

Prosecutors argued during the trial that Keadle, who was a Peru State classmate of Thomas', told authorities he and Thomas had sex in his vehicle the night she disappeared. Keadle later told investigators he and Thomas argued and that Thomas threatened to report he had raped her.

Keadle has maintained he left Thomas alive at a Missouri River boat ramp near campus.

However, prosecutors said Keadle initially denied having any contact with Thomas ahead of her disappearance before eventually leading investigators to the boat ramp. Prosecutors also presented witnesses who testified that Keadle asked them to say he'd been with them the night of Thomas' disappearance, and a jailhouse informant testified that Keadle told him he killed Thomas but "they'll never find the body."

Keadle's defense attorney, Matt McDonald, argued the informant's use of methamphetamine could have altered his recollection. McDonald also told jurors in his closing statements that "you can't convict him for being a jerk." 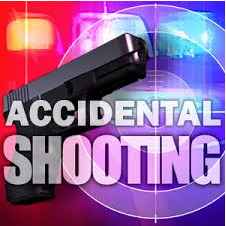 A 14-year-old is suspected of shooting to death 15-year-old Sylas Lieb inside a northeast Omaha home on Wednesday night. Officers called to the scene around 7:15 p.m. said Lieb had been shot in the chest.

Douglas County Attorney Don Kleine told television station KETV that Lieb, the 14-year-old suspect and an 18-year-old had been smoking marijuana most of the day before the shooting happened and said that the shooting was accidental.

The 14-year-old was booked into the Douglas County Youth Center on suspicion of manslaughter. The Associated Press typically does not name juveniles charged with crimes.

Omaha Central High School Principal Ed Bennett said in a note sent Thursday to the families of Central students that Lieb was a 10th grader at the downtown school, the Omaha World-Herald reported. Lieb has also attended Franklin Elementary School and Lewis & Clark Middle School, both in Omaha.

Counselors were to be counselors available at Central High for students on Thursday, Bennett said.