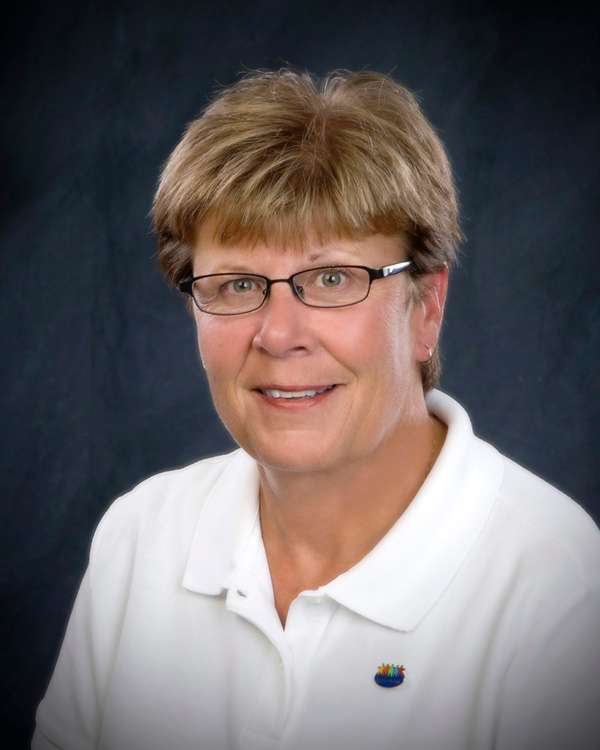 Thalken to retire from NPCC

If you work hard and surround yourself with good people, you can accomplish a lot.

That’s the lesson Sally Thalken, health and physical education instructor at North Platte Community College, has learned throughout her 45 years of teaching, and it’s one she tries to pass on to her students.

Facing retirement next week, she has spent a lot of time reflecting. With that has come an acknowledgement that there were many times when it would have been easy to let other people’s opinions, or even her own misgivings, get the best of her. She is thankful for the support systems that not only didn’t let her fall, but also lifted her up.

Thalken wasn’t always as confident as she is today. A lot of that was due to the fact that when she graduated from Ogallala High School in 1971, she had no idea what she wanted to do with her life.

“I was pretty rudderless,” Thalken said. “I had some people who doubted my ability to be successful and graduate from college, and to be honest, my freshman year wasn’t very productive. The first semester, I took 12 credit hours and ended up with three Ds and a C. Part of that was because of freedom and lack of discipline. I had a lot of fun, but I was also naïve.”

The turning point came during her sophomore year at what is now the University of Nebraska at Kearney.

“By then, I had surrounded myself with friends who were fun, but who also had goals,” Thalken said. “They were focused on graduating and teaching. I also had some good role models in my instructors.”

Because of an influential biology teacher in high school, Ken Meyer, the idea of teaching science had always been in the back of Thalken’s mind. That vision began to shift as she made her way through college.

The field of study challenged her in ways she’d never been challenged before.

“The instructors were tough,” Thalken said. “I was not an athlete, per say, and the instructors made the classes hard to thin out the wannabes. Several of my classes began at 7:30 a.m., and I really had to work to succeed. I didn’t want to be the only one of my friends who couldn’t do something. I developed good relationships with my instructors, and I didn’t want to let them down either.”

Into the real world

Thalken graduated in 1975 with a bachelor’s degree in physical education then took a job teaching PE to grades K-12 in Ainsworth. She also coached volleyball, girl’s basketball and track.

“I had taken some classes in elementary education in college, but didn’t feel like that was a strength of mine,” Thalken said. “I thought I was better with junior high and high school students. When I was hired in Ainsworth, the principal told me I would have three classes of elementary students. It wasn’t until I actually started and saw my schedule that I realized within those three class periods was the entire elementary school – divided into 20-minutes sections.”

It forced her to rethink everything she thought she knew about teaching.

“When I left Kearney, I thought I knew a lot,” Thalken said. “After the first week of teaching, I realized I didn’t know squat. I needed to learn and learn fast. I had to take off one hat in terms of how I approached the elementary level and put on a different hat to teach high school students.”

She gained valuable people skills in the process – not to mention confidence in her ability to adapt and adjust on the fly. Those attributes would prove beneficial with her next job.

A return to college

In 1981, Thalken found herself learning how to teach all over again. NPCC hired her as the health education instructor and coach for volleyball and women’s basketball.

“I had never prepared or delivered a class lecture until I arrived in North Platte,” Thalken said. “At Ainsworth, everything was in the gym or outside. Suddenly, I was faced with a classroom of 24 students, and I had to figure out how to deliver meaningful material for an entire class period.

Although she lettered as part of the swim team at Kearney, Thalken also considered herself a bit of a rookie in terms of college athletics.

“I had six years’ worth of experience coaching,” Thalken said. “I thought I was fairly mature and had a good grasp of things, but as a first-year college coach I was blown away by the responsibilities.”

At that time, NPCC students were required to take four half credit classes of PE to graduate. Thalken’s days began with swim class at 7:30 a.m., followed by other activity classes and lecture classes until 2 p.m. Practice was from 3-6 p.m., after which there were many evening sports activities.

In addition to teaching health education and a variety of lecture classes, Thalken was the instructor for swimming, tennis, archery, badminton, volleyball and bowling.

Early in her career, she also took classes to earn a master’s degree in educational administration.

“That was an especially challenging time to not only teach and coach during the day, but to take graduate classes in the evenings, weekends and summer that did not conflict with my regular jobs,” Thalken said. “Back then, we did not have classes that were livestreamed or online. I felt lucky because I could end volleyball or basketball practice and walk down the hall to a three-hour night class and not have to travel like many of the other graduate students or our instructors from Kearney. Everything was face-to-face.”

Still, the stress of such a full schedule was almost more than she could stand.

“I was meeting myself coming and going,” Thalken said. “What really complicated things was my lack of experience in fundraising and recruiting for the teams. That first year was truly an eye-opener. I guess I survived because of pride, a lot of hard work and support from my family and Dr. Darrel Hildebrand, who was the dean of students and athletic director at the time.”

During her years in Ainsworth, Thalken had also learned to lean on other faculty, staff and administrators when needed. She drew on those same resources at NPCC while putting in numerous hours late at night and in-between classes to be better prepared.

For her, failure was not an option, and knowing that she had the opportunity to make a difference in her students’ lives kept her going.

“You have to think about the people you connect with,” Thalken said. “To see students bettering themselves – going to college and then going on to be successful - all the while knowing you might have given them a leg up, that’s what teaching is all about. I wanted to be the instructor that students said, ‘You know what? I learned some things from her’.”

Her past experiences, including her rocky start in college, only served to make her more relatable to those she taught.

“I’ve seen a lot of students over the years who didn’t know what they wanted to do with their lives,” Thalken said. “They were fragile, and at one time, I was fragile, too. I was not one of those people who things came easy to. I was on academic probation, and it took people telling me I needed to get my act together, while still being supportive of me, to turn things around. I made mistakes, and I learned from them. Because of that, I think I can give hope to others. Early struggles don’t need to define who you are later on.”

Taking on another role

Thalken’s roles and responsibilities changed significantly over the years.

“Somewhere along the line the PE requirement was dropped and that affected my load, and enrollments in activity classes began to decline,” Thalken said. “During a restructuring of the Instructional Leadership Team, Marilyn McGahan asked if I would be interested in being the chair for the division of Science and Human Services, which encompassed criminal justice, early childhood education and the sciences.”

Thalken accepted, but once again, was concerned about not being able to live up to everyone else’s expectations.

“It was sink or swim with academic leadership,” Thalken said. “I swam. You know that saying, ‘Fake it ’til you feel it?’ I sometimes faked that I was comfortable with being a division chair until I became comfortable as a division chair. The thing is, people helped me, and I learned from those people.”

When the academic leadership team was restructured again, years later, Thalken also picked up oversight of the mathematics and science programs – continuing to juggle teaching, coaching and being a division chair.

“That position was really gratifying for me professionally,” Thalken said. “I worked hard to develop credibility as someone who would go to bat for the faculty and serve students. I felt like I became a better teacher because I was just immersed in that academic area. I also understood the mission of the college better because I sat in the same room as the administration.”

Thalken continued coaching women’s basketball until 1991. She coached volleyball until 2014, at which time, she retired as the winningest active coach in the National Junior College Athletic Association.

Thalken had 921 wins and 610 losses, coached 12 All-Americans and led her team to nationals five times throughout her 34-year career. She was named Region IX Coach of the Year, District Coach of the Year and was inducted into the NJCAA Volleyball Hall of Fame.

She has plans to retire again, this time from teaching, on May 13. But, that doesn’t mean she will slow down.

“I’m very optimistic about the unknown, and I’m excited to open a new door,” Thalken said. “I’ve jokingly said I would like to improve my golf game. I’m looking forward to traveling and exploring every corner of the U.S. and everywhere in between. I would also like to be able to make a difference through volunteering. I believe there’s a niche for me there.”

Still, walking away from 45 years of teaching, and NPCC in particular, will be bittersweet.

“It’s crazy where I started and where I’m ending,” Thalken said. “Not many people can say they’ve spent 39 years with an organization, and I am forever grateful to the people at the beginning who had faith in me and supported and pushed me.”

She will especially miss her students and colleagues who have given her some of the best memories of her life.

“The college has made my life very happy, very fulfilling,” Thalken said. “I can look in the mirror and say I’ve made a difference in a lot of people’s lives, and I think I’ve done that because a lot of people have made a difference in mine. I’m thankful to the college for the opportunities it has provided. It’s been a wonderful career. It really has.