If you're interested here is the link for Coach Chromy's google filter: 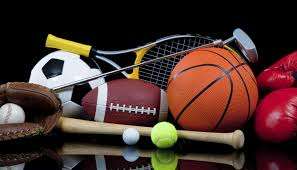 Updates on the latest in sports: Pro leagues trying to open, college still under question

UNDATED (AP) — The NFL has set protocols for reopening team facilities and has told the 32 teams to have them in place by May 15.

Commissioner Roger Goodell mapped out several phases of protocols in a memo obtained by The Associated Press. The first phase to deal with the coronavirus pandemic would involve a limited number of non-player personnel. That number initially would be 50% of the non-player employees and up to a total of 75 on any single day being approved to be at the facility. But state or local regulations could require a lower number.

The individual clubs would decide which employees could return to the facility and when, once the buildings reopen. No players would be permitted in the facility except to continue therapy and rehabilitation for injuries that were underway when facilities were ordered closed in late March.

Goodell noted that the league is actively working on the next phase of reopening, which will involve both more staffers and players. He said the players' union is also being consulted on these steps.

In other developments related to the coronavirus pandemic:

— NBA teams have been asked to help the Mayo Clinic with a study that could help researchers come closer to finding a solution to the coronavirus problem. The NBA and its players are partnering with Mayo Clinic officials who need volunteers for a study largely centered around antibodies. Additional goals of the study include being able to identify more patients who could donate plasma and improve care for patients who are dealing with the coronavirus, plus potentially move researchers closer to a vaccine.

— The NBA says some players can voluntarily work out at their team practice facilities starting on Friday, with some very specific conditions and only in places where local and state governments have signed off on such openings. But it’s unclear how many — if any — players will be back on the floor when the league ban gets lifted. Some teams aren’t ready to welcome players back immediately, and many teams aren't allowed to open yet to because of local rules.

— All but one of the 14 schools in the Southeastern Conference have indicated they plan to reopen their campuses for the fall semester, a step widely believed to be needed to resume football and other sports. South Carolina and Tennessee became the latest schools in the nation's top football conference to announce their plans, joining Alabama, LSU and others. Vanderbilt hasn’t announced its plans for the fall.

— The Big 12 has become the first Power Five conference to say it will hold its football media days virtually. About 500 media members are usually credentialed to attend Big 12 media days, which were scheduled to be held July 21-22 at AT&T Stadium near Dallas.

— Four MLS teams allowed players to use team training fields for individual workouts on Wednesday. Sporting Kansas City, Atlanta United, Orlando City and Inter Miami let players in for vigorously controlled voluntary workouts on the first day they were permitted by the league. Nashville, Real Salt Lake, LAFC and Houston are among the league's 26 teams that plan to start Thursday, with more lined up next week.

— The NCAA has approved a waiver that will allow schools to spend below the minimum level on athletic scholarships required to compete in Division I. The Division I Council Coordination Committee approved two other blanket waivers Wednesday that had been requested by several conferences in recent weeks in response to the coronavirus pandemic. Basketball and football players will be allowed to participate in summer athletic activities without being enrolled in school.

— Fans will be allowed to enter baseball stadiums Friday for games in Taiwan for the first time this season. It is part of a gradual easing of restrictions amid the pandemic. The China Professional Baseball League said up to 1,000 people would be permitted to enter ballparks after an agreement between the league and Taiwan’s Central Epidemic Command Center.

— A person with knowledge of negotiations tells The Associated Press the Maryland Jockey Club and NBC Sports have set aside three possible dates for the running of the Preakness. The NBC affiliate in Baltimore reported the Preakness will be run Oct. 3. The person tells the AP that is one of the three possible dates, along with one each in July and August. The Preakness was originally set for May 16 as the second jewel of the Triple Crown. The uncertain timeline allows for the possibility of the Kentucky Derby, Preakness and Belmont being run out of order.

— The head of the Australian Open says various contingency plans are being considered for the Grand Slam tournament scheduled for January 2021. They include scrapping it altogether because of the pandemic or allowing just spectators from the host country. Tennis Australia CEO Craig Tiley tells the Australian Associated Press that tournament organizers have “modeled everything.” He says the “worst-case scenario” is no tournament at all next year. He says the “best-case scenario at this point” is having an Australian Open with only Australian fans. Wimbledon has been canceled for the first time in 75 years, the French Open has been moved from May to September, and a decision on this year’s U.S. Open is expected next month.

— The French Tennis Federation says it will refund tickets purchased for the French Open because of uncertainty related to the coronavirus pandemic. The clay-court tournament at Roland Garros was initially slated to be held May 24-June 7 but has been rescheduled for Sept. 20-Oct. 4. The FFT says it “has taken the decision to cancel and refund all tickets purchased for the original dates of Roland Garros.” Refunds will be received by end of May and a new ticketing procedure will be opened if the tournament goes ahead.

— Germany’s Bundesliga (BOON’-dehsh-lee-guh) has been given the go-ahead to resume its top two soccer divisions this month. German soccer league managing director Christian Seifert announced Thursday that the Bundesliga season will resume on May 16 with matches played in empty stadiums. The announcement comes one day after Chancellor Angela Merkel (AHN'-geh-lah MEHR'-kuhl) and the country’s 16 state governors agreed the season could resume. The Bundesliga was suspended on March 13 with nine rounds remaining. Seifert says the league will begin again where it left off.

— Soccer players in Spain have returned to their team’s training camps for the first time since the country entered a lockdown nearly two months ago because of the coronavirus pandemic. Players for Barcelona, Real (ray-AL’) Madrid, Atlético Madrid and other clubs started preparing for the return to training this week. They are all expected to be tested for COVID-19 and should be cleared to practice once the results are back. Most clubs are expected to resume practicing by the end of the week.

— The Spanish soccer federation is proposing an end to this season’s women’s league because of the coronavirus pandemic. The proposal is expected to be approved by the federation’s board on Thursday.

— Belgium’s prime minister says all sporting competitions in the country will remain suspended until July 31 because of the pandemic. The Belgian soccer league says it will respect the decision by the national security council. The league recommended last month ending its season with the current standings declared final.

— The Turkish soccer league plans to resume on June 12, a month and a half after it was suspended because of the outbreak. The president of the Turkish soccer federation says he hopes to finish the season by the end of July and host the Champions League final in Istanbul in August. The games will be played without spectators and the Turkish health ministry and its scientific advisory council will determine the conditions and guidelines under which the games will go ahead.

— WBC president Mauricio Sulaiman expects professional boxing to return without spectators and with judges officiating by video from home. Sulaiman said the World Boxing Council has produced a protocol for fights during the coronavirus pandemic that limit, for instance, a four-fight card to about 40-50 people at a venue. Those numbers include one handler for each fighter, boxing commission supervisors, media and TV production crews.