Omaha Police announce the arrest of 43-year-old James Fairbanks in connection with the death of 64-year-old Mattieo Condoluci, a convicted sex offender, in North Omaha.  He was booked into Douglas County Corrections just after 4:45 a.m. Tuesday morning.

On Monday, May 18th, a comment was left on the Omaha Scanner Facebook page by Fairbanks claiming to have killed Condoluci.  Fairbanks also anonymously emailed the confession to other media outlets.

Police continue to investigate the authenticity of the post and emails.

Police were called to 4305 Pinkney Street Saturday, May 16th at 11:15 a.m. for a reported shooting.  Condoluci was determined to be deceased inside the house.

Fairbanks begins the post saying "I am writing this email to let you know that I killed Mattieo Condoluci Thursday around 9:45 pm."

Fairbanks says in the post said that he was "apartment searching and checking the neighborhoods when I stumbled across his sex offender registry info."

The post said Fairbanks had spotted Condoluci in the driveway "pretending to wash his truck (…) while staring at a group of children playing in the street."  Fairbanks also said that there was playground equipment in the backyard.

Fairbanks continued “it agonized me for days.  I couldnt sleep.  I researched him more and more…”

"... i couldnt in good condition allow him to do it to anyone else while I had the means to stop him," Fairbanks says.

“I’m willing to turn myself in even though im confident I wouldn’t be caught because its my opinion that we need to fix this in our society," Fairbanks said.

Fairbanks continued saying "I know this means I will face far more severe punishment for stopping him (…).  But I could no longer do nothing,"

Fairbanks concludes with evidence specific to the homicide.  We are withholding the details of that evidence as the investigation is ongoing.

Throughout the post Fairbanks makes numerous accusations against Condoluci which could not immediately be verified.

Omaha Scanner was the only media outlet to have knowledge of the identity of the man and immediately took the information to the Omaha Police Department.

From the Associated Press

OMAHA, Neb. (AP) - An Omaha man has been charged with murder in the shooting death of a registered sex offender.

James Fairbanks, 43, was charged Thursday with first-degree murder and use of a firearm to commit a felony in the death of 64-year-old Mattieo Condoluci. He was ordered held without bail.

Condoluci's body was found Saturday after officers responded to reports of a shooting.

Authorities have said Fairbanks wrote an anonymous email to Omaha news media saying he had shot Condoluci because he was a sex offender.

Fairbanks' name was on the Nebraska Sex Offender Registry, which listed offenses in Florida and Nebraska.

Fairbanks has received support online, including from Condoluci's daughter and the mother of a boy Condoluci was convicted of molesting in Florida in 1993, The Omaha World-Herald reported. 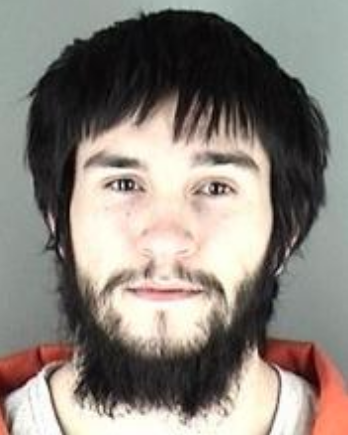 SHAWNEE COUNTY  – Law enforcement authorities are investigating a Wednesday morning shooting in Topeka and have made an arrest.

Just after 2:00 am, the Shawnee County Emergency Communications Center received a call of a possible shooting in the 100 block of NE Coachlight Drive, according to Lt. Matt Danielson.

Officers arrived on scene and located a victim later identified as 47-year-old Royal T. St. Clair of Topeka  in a home that had been shot. Medical personnel arrived and transported him to a local hospital with life threatening injuries.

On Wednesday afternoon, police took a person of interest in the shooting investigation  into custody in the 400 block of SE Rice Road.

After questioning, police arrested  24 year-old Austin J. Dickey on requested charges of  aggravated battery and criminal possession of a firearm by a felon. St. Clair remains in critical but stable condition at an area hospital, according to police spokesperson Gretchen Koenen.

Just after 2:00 am, the Shawnee County Emergency Communications Center received a call of a possible shooting in the 100 block of NE Coachlight Drive, according to Lt. Matt Danielson.

Officers arrived on scene and located a victim in a home that had been shot. Medical personnel arrived and transported that victim to a local hospital with life threatening injuries.

Police released no additional details including the victim's name.